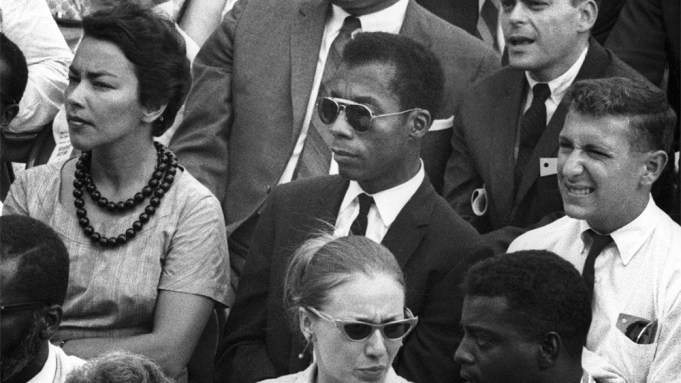 Despite the fact that President Donald Trump’s proposed federal budget calls for the eventual elimination of government funding for public TV, Independent Lens isn’t going anywhere… at least not for the next 12 months.

Helmer said that deciding on a television distributor was critical to the film’s life.

“The television window is the most important because more people will see it there in one airing than on all the screens across the country,” said Scheinfeld. “What every filmmaker wants is a network that is going to be supportive, enthusiastic and strongly market your film because there is so much other (content) out there. Independent Lens presented us with all of that.”

“Chasing Trane” is the first of 12 films that will premiere in the first half of the 2017-2018 season, which will come to a close in June 2018. Raoul Peck’s Oscar-nominated doc “I Am Not Your Negro” and Sundance 2017 docus — Peter Bratt’s “Dolores,” Jennifer Brea’s “Unrest,” and Peter Nicks’ “The Force” — are among the other films airing during Season 16. In all, 22 feature documentaries make up the eight-month season. The remaining 10 films will be announced in late fall.

Since 2001, the docuseries, run by executive director Lois Vossen, has garnered 13 Emmy Awards and 16 Peabody kudos. Under Vossen’s leadership, films funded or presented on Independent Lens include Academy Award-shortlisted docs “Tower” and “Best of Enemies,” as well as Oscar-nominated films “The Invisible War,” “Hell and Back Again,” and “Enron: The Smartest Guys in the Room.”

Despite criticism that nonfiction films preach to a liberal leaning choir as opposed to Trump’s America, Vossen said that all perspectives have always been welcomed on Independent Lens.

“You can never represent the entire country in one season, but because we are public television and we have stations and viewers across the country we tell stories from all over America,” Vossen said. “This season we have docs based in rural California, Texas, rural Kentucky, Baltimore, New York, etc.”

Of the 12 announced docs, 11 will have had a theatrical release before their Independent Lens debut. The majority will be qualifying for Academy Award consideration by having a small, seven-day theatrical release. “I Am Not Your Negro” is an exception. The film has been in theaters since February and has grossed over $7 million domestically. Vossen said that she would have programmed the docu before its scheduled Jan. 15, 2018, airdate, but the film’s digital release on VOD platforms like Amazon Prime and iTunes in May prohibited that.

In spite of the doc’s wide exposure, Vossen said that she isn’t too concerned about the film’s ratings on Independent Lens.

“Multiple platforms is the reality of our world right now,” she explained. “Most people in our business feel as though the different platforms don’t necessarily cannibalize each other because each has their own audience. So we try and be strategic and work collaboratively with all the other partners because we all have the same goal — to get the film seen.”

As for Trump’s promise to cut off the federal endowments for public broadcasting, Vossen said that PBS’ commitment to Independent Lens is stronger than ever.

“PBS has shown us and said to us that they feel our work is as important now as it has ever been,” Vossen said. “That’s because of the fact that (our docs) spark conversations in a country that is divided. And (PBS) knows that the only way we are going to come together is if we start talking to each other instead of shouting at each other.”

“Supergirl” by Jessie Auritt (Monday, December 18, 10:00-11:30 p.m. ET)
About an Orthodox Jewish pre-teen, who at the age of nine broke world records in powerlifting and became an international phenomenon.

“The Untold Tales of Armistead Maupin” by Jennifer M. Kroot (Monday, January 1, 10:00-11:30 p.m. ET)
Examines the life of Armistead Maupin following his evolution from a conservative son of the Old South into a gay rights pioneer whose novels inspired millions to re-claim their lives.

“Unrest” by Jennifer Brea (Monday, January 8, 10:00-11:30 p.m. ET)
An exploration of Myalgic Encephalomyelitis (M.E.) — commonly known as Chronic Fatigue Syndrome – a mysterious illness some still believe is “all in your head.”

“I Am Not Your Negro” by Raoul Peck (Monday, January 15, 10:00-11:30 p.m. ET)
A journey through the life and mind of African-American writer James Baldwin, telling the story of race in modern America based on notes for an unfinished novel.

“Winnie” by Pascal Lamche (Monday, February 5, 10:00-11:30 p.m. ET)
Chronicles the rise and fall of Winnie Madikizela Mandela, who was often been considered a misunderstood yet powerful contemporary female political figures.

“Tell Them We Are Rising: The Story of Historically Black Colleges & Universities” by Stanley Nelson (Monday, February 19, 9:00 p.m.-10:30 a.m. ET) An exploration of the pivotal role that historically black colleges and universities (HBCUs) have played in American history, culture, and national identity