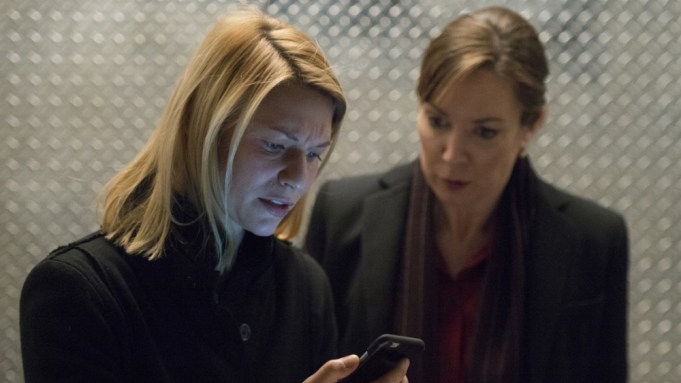 “Homeland” Season 7 has a premiere date and a first trailer, Showtime revealed Tuesday.

At the end of last season, following an assassination attempt on her life, President Keane (Marvel) broke her promise to Carrie (Danes) by arresting 200 members of the intelligence community without bringing charges against them, including Saul Berenson (Patinkin). As the season begins, Carrie has left her job in the White House and moved back to D.C. and is living with her sister Maggie (Amy Hargreaves) to take on the Keane administration and secure the release of the 200.

Produced by Fox 21 Television Studios for Showtime, “Homeland” was developed for American television by Alex Gansa and Howard Gordon, and is based on the original Israeli series “Prisoners of War” created by Gideon Raff. Along with Gansa and Gordon, Chip Johannessen, Lesli Linka Glatter, Patrick Harbinson, Claire Danes, Michael Klick, Ron Nyswaner, Gideon Raff, Avi Nir, and Ran Telem will serve as executive producers on Season 7.