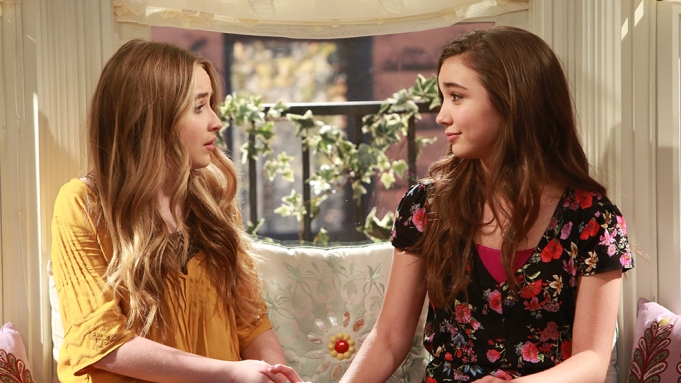 In this exclusive featurette, which you can watch above, the team shares what the series has meant to them and discusses the important messages the series tackles. The cast has become a real family over the years, Carpenter says, and the bonds will last beyond the finale.

“We make a fun show about real issues. We do it in a fun, relatable way and I think people appreciate that,” Savage says in the video.

The show was canceled after three seasons earlier this month. A sequel to the ’90s hit “Boy Meets World,” “Girl Meets World” brought Cory and Topanga back together as parents of student Riley.

“Your adventures were my adventures not very long ago,” Cory, as a high school history teacher, tells Riley’s class of his “Boy Meets World” days.

Throughout its 70-episode run, the series tackled the issues of adolescence and family for young teens, keeping the key theme of friendship at the forefront of the drama.

The final episode, airing Jan. 20 at 6/5c , will focus on change and long-lasting relationships. In “Girl Meets Goodbye,” Topanga struggles with a decision about whether or not to pursue a job opportunity overseas in London. She seeks out the advice of her friends, teachers and family along the way.

“We want to say that the glory of life is to have a friendship which you know will sustain you as long as you live,” Jacobs says in the video. For the characters in the “Girl Meets World” universe, many of the friendships which started back in 1993 have lasted all the way through 2017.