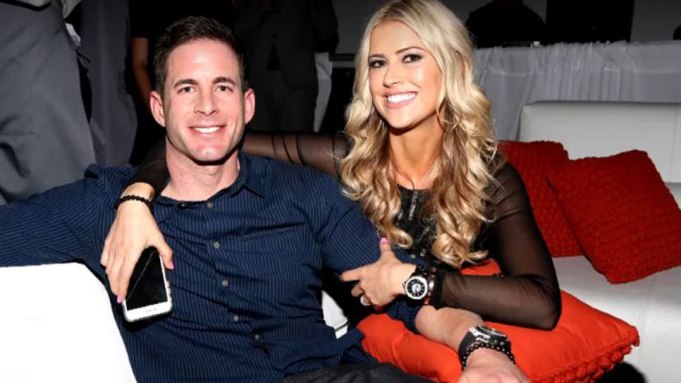 Courtesy of "The Doctors"

Tarek El Moussa, the host of HGTV’s popular “Flip or Flop” series, revealed he was diagnosed with testicular cancer at the same time he was battling thyroid cancer.

El Moussa made the announcement on Monday’s episode of “The Doctors,” and also shared his story with People.

El Moussa underwent surgery in 2013 to remove his thyroid, after a nurse who watched his show recommend he get a mass on his throat checked out.

Two months after his thyroid cancer diagnosis, he learned he also had testicular cancer. He and his cohost and wife, Christina, decided to keep the second diagnosis private. However, the demands of the show and his treatment took a toll on their relationship. The couple announced their separation last December.

“If we had better communication, we would’ve had a better relationship.” Tarek explained. “As time went on, and as you get busier and busier … business, TV, then the cancer, the [second] cancer, and the back surgery, it just started pushing us apart from each other.”

El Moussa said he is now cancer-free. He and his estranged wife — whom he filed for divorce from in January — are currently filming a seventh season of “Flip or Flop” together, but it’s unclear what will happen to the show after it airs.

“Flip or Flop: Las Vegas” will be the first of the spin-offs to bow; the show debuts in April.

Watch El Moussa’s interview from “The Doctors” here or above.