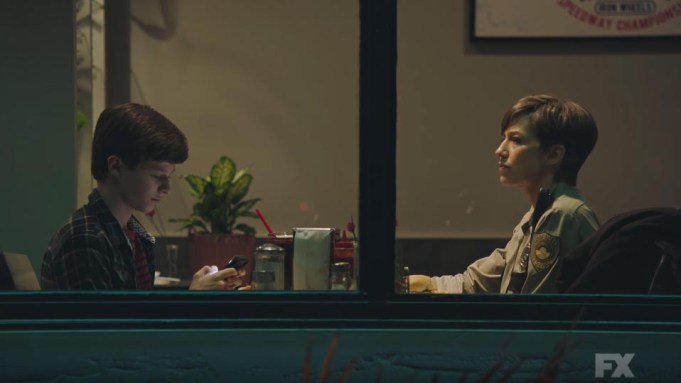 Ewan McGregor adds pounds and sheds his handsome exterior (and some hair) as Ray Stussy in the first look at Season 3 of “Fargo.” A 30-second teaser, released online on Monday, offers a glimpse at the cast and a just a spoonful of drama as Carrie Coon’s Sheriff Gloria Burgle spooks McGregor and Mary Elizabeth Winstead into high-tailing it out of a simple country diner.

The teaser’s sole line, “Don’t forget your pie,” is uttered by a uniformed Coon to her son as a balding, pudgy, greasy McGregor and a smokey-eyed, leather and fur clad Winstead give each other pointed looks. They exit the linoleum-heavy diner to a snowy Fargo before McGregor’s Stussy opens the door to a slick vintage coupe for Winstead’s Nikki Swango.

Not much is known about the plot of the next season of Noah Hawley’s anthology series, and the trailer only teases a conflict between Stussy, Swango, and Burgle. Taking place in 2010, Year 3 places Stussy and his brother Emmit (also played by McGregor) at the head of the drama, and like previous seasons, any kind of bloody hijinks are possible.

Check out the trailer here or above.