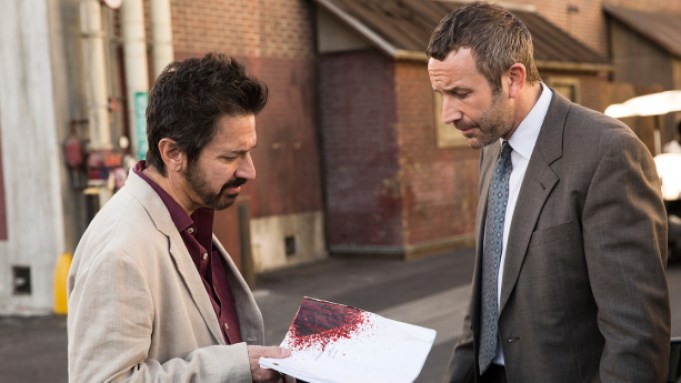 Epix dropped the first trailer for their upcoming “Get Shorty” TV series on Thursday.

Based in part on the 1990 Elmore Leonard novel of the same name, which was later adapted into the 1995 film, the 10-episode series follows Miles Daly (Chris O’Dowd), a hitman from Nevada who tries to become a movie producer in Hollywood as a means to leave his criminal past behind and win back his recently-estranged family. He meets Rick Moreweather (Ray Romano), a washed up producer of low quality films.

In the trailer, we see Miles get sent on an assignment to Hollywood, where he inadvertently happens upon a movie script. He then decides to approach Moreweather, with the intent of funding the movie with cash from his other line of work. The series also stars Sean Bridgers, Lidia Porto, Megan Stevenson, Carolyn Dodd, Goya Robles and Lucy Walters.

Davey Holmes created the series, who executive produces alongside Allen Coulter, who also directs the first episode. Adam Arkin directed three episodes of the series and is also a co-executive producer. The series is produced by MGM Television and internationally distributed by MGM.