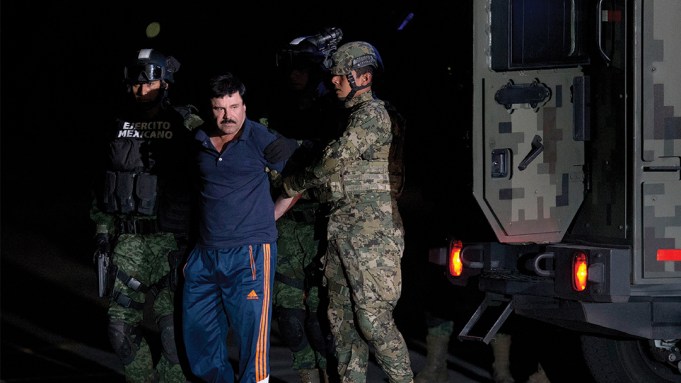 The manhunt for Univision and Netflix’s “El Chapo” is over: Marco de la O will step into the lead role of infamous drug lord and prison escapee Joaquín “El Chapo” Guzmán for the upcoming original series about Guzmán. “El Chapo” will premiere in the U.S. on Univision on April 23; the network has also released a teaser, which you can watch above.

Based on the life story of one of the world’s most notorious criminals, the series will cover the three-decade span of El Chapo’s drug trafficking career, from 1985, when he was a low level member of the Guadalajara Cartel, to his ultimate downfall.

“El Chapo” is created by Silvana Aguirre Zegarra and produced by Daniel Posada. The first season is directed by Jose Manuel Cravioto and Ernesto Contreras. The series, which is currently in production, will air in three separate cycles. The series marks the first co-production between Univision Communication’s Story House Entertainment and Netflix; episodes will air in the U.S. first on Univision before being made available on Netflix, with Netflix holding the first-run rights for the rest of the world.