Eddie Murphy on His Brother Charlie: He Is My Best Impression 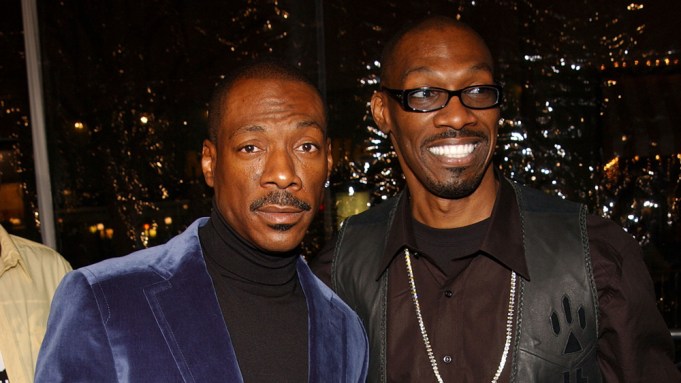 Hollywood is mourning the passing of Charlie Murphy, a gifted comedian who died of leukemia Wednesday at age 57.

On Wednesday afternoon, the Murphy family issued the following statement:

“Our hearts are heavy with the loss today of our son, brother, father, uncle and friend Charlie. Charlie filled our family with love and laughter and there won’t be a day that goes by that his presence will not be missed. Thank you for the outpouring of condolences and prayers. We respectfully ask for privacy during this time of great loss for all of us.”

Variety interviewed Eddie last September, where he spoke lovingly about his older brother.

“Charlie is actually my best impression,” Eddie revealed, after learning Charlie was among the top results when “Eddie Murphy impressions” is googled.

“I’ve been doing him since I was two or three. He was my first impression,” Eddie added. “I wish he would get famous because people could see this great impression that I do.”

Of course, Charlie was famous in his own right, starring on and writing for “Chappelle’s Show.” Charlie was also slated to appear on the upcoming season of “Power” on Starz.

In a 2009 interview with Essence, Charlie spoke about his relationship with Eddie.

“I’ve never felt like I was living in anyone’s shadow,” the elder Murphy said. “My life was what it was. I was always proud of my brother. He helped me tremendously, but we’re family so we were never in his shadow.”

Charlie was Eddie’s only sibling. He’s survived by three children; two with his wife Tisha, who sadly died of cervical cancer in 2009.