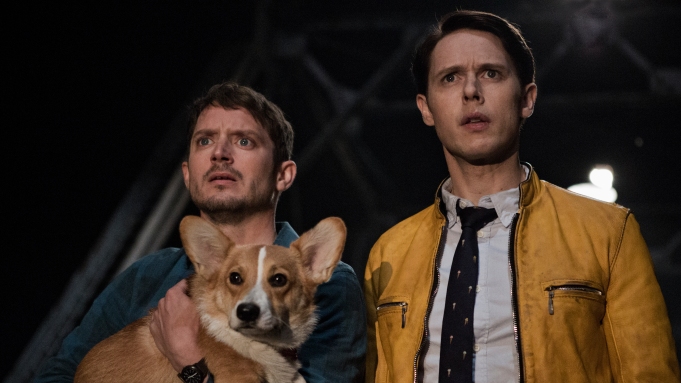 “Dirk Gently’s Holistic Detective Agency” was one of the final pop culture pieces to present at San Diego Comic-Con this year, but fans of the BBC America sci-fi series were not left disappointed.

In the clip, Barnett’s titular Dirk finds himself held captive in some sort of futuristic prison. Wood and Eshete then break into the building in an attempt to rescue their eccentric friend — complete with their same masks from Season 1. Unfortunately, it turns out just to be a bad dream with Dirk remaining in the clutches of his captors.

“Dirk Gently” is based on novels by Douglas Adams, the beloved British author who wrote “The Hitchhiker’s Guide to the Galaxy.” Max Landis created, primarily wrote, and exec produced the series.

Series regulars Fiona Dourif, Dustin Milligan, Hannah Marks, Mpho Koaho, and Michael Eklund were not featured in the video, but will be back when “Dirk Gently” returns for a brand new case this fall.