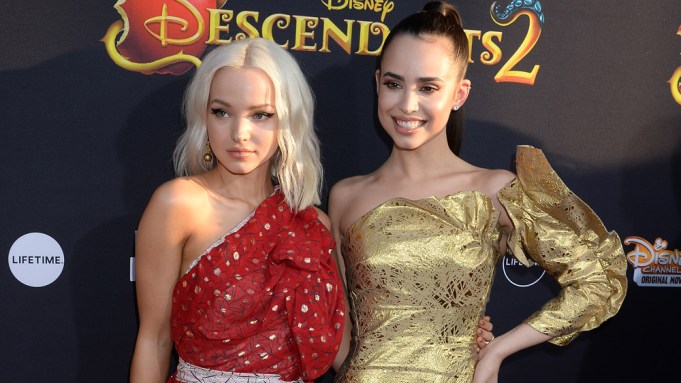 Disney’s hotly anticipated film “Descendants 2” makes its grand debut Friday night across five networks, and aside from more-than-likely bringing big ratings, the whimsical sequel is sure to showcase larger-than-life costumes.

Stars Dove Cameron, Sofia Carson, and China Anne McClain chat about the fashion of “Descendants 2,” along with costume designer Kara Saun who gives a behind-the-scenes tour of her designing space in this video, exclusively obtained by Variety.

“I knew coming back that we needed to come back bigger and brighter, more breathtaking,” Saun says. “There’s a lot more action, there’s a lot more dancing and physicality that you have to really take note of that when you’re designing the wardrobe.”