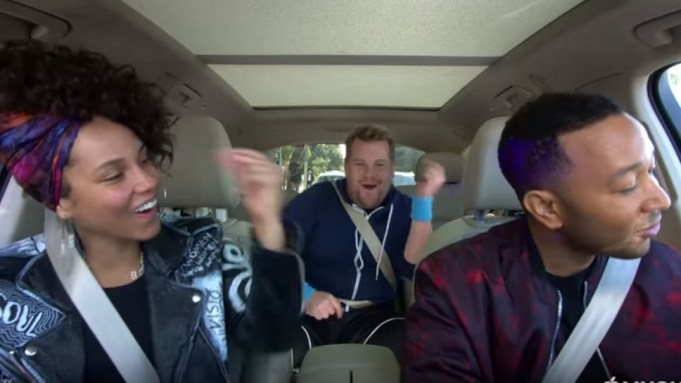 Ahead of the launch of Apple Music’s new show, “Carpool Karaoke: The Series,” the tech giant has released a new trailer for the show starring what feels like almost every celebrity ever.

Set to “Get Up Off That Thing,” the star-studded trailer features guests like John Legend, Alicia Keys, Ariana Grande, Metallica, Shaq, Miley Cyrus, Will Smith, Chelsea Handler, and many more in a taste of what’s to come from the talk-show-segment-turned-spinoff-series.

Similar to the original segment from “The Late Late Show with James Corden,” “Carpool Karaoke: The Series” will feature celebrity pairings sharing a car, singing along to their personal playlists, and embarking on goofy adventures.

The 16-episode series will premiere Tuesday, Aug. 8 at 9 p.m. with an episode featuring Will Smith and James Corden — and, as the trailer revealed, a full marching band — and two new episodes airing each week afterwards.

“Carpool Karaoke: The Series,” which is produced by CBS Television Studios and Fulwell 73, was originally set to air four months earlier than its late summer premiere date. It will be available exclusively to Apple Music subscribers.