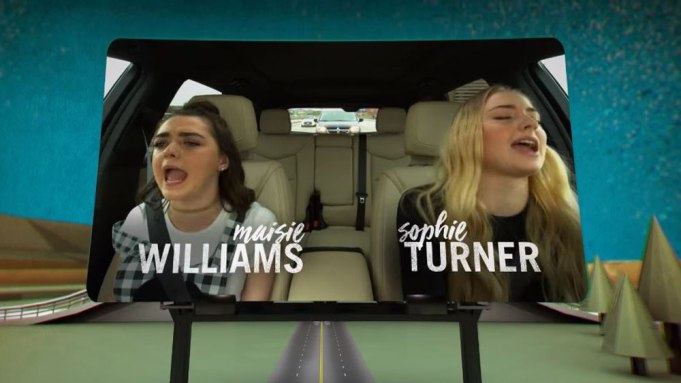 We now understand how all of the characters in “Game of Thrones” have been getting around Westeros so quickly this season … they’ve been using the carpool lane.

In the clip, the regular intro fans have become accustomed to thanks to James Corden and his “Late Late Show” was replaced by an animated sequence parodying the HBO drama.

Instead of seeing how King’s Landing and Casterly Rock came to be, the new preview actually depicts the construction of Los Angeles — complete with Ramin Djawadi’s score. Williams and Turner can briefly be seen rocking along to Miley Cyrus’ “Wrecking Ball.” The pair will also sing along to Justin Bieber’s “Sorry” during their segment.

The “Thrones” duo’s episode will be followed by a second episode featuring Ariana Grande and Seth MacFarlane.

“Game of Thrones” airs Sundays on HBO. The Season 7 finale is set for Aug. 27.

The “Carpool Karaoke” clip can be viewed above.