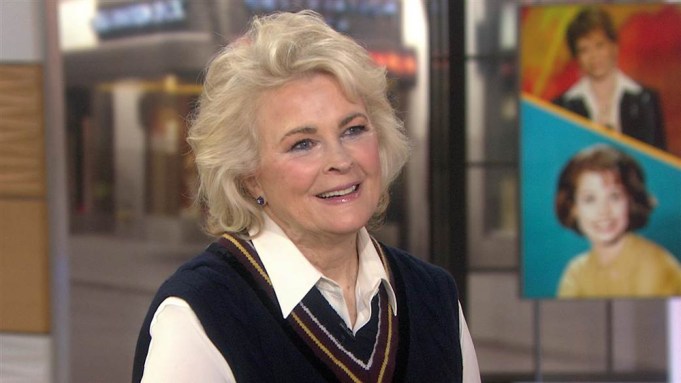 An icon in her own right, Candice Bergen appeared on “Today” Thursday morning to share the impact Mary Tyler Moore had on her and women everywhere. Moore, made famous by her eponymous and empowering TV show, died on Wednesday and the tributes have been pouring in since then.

Bergen, who starred as Murphy Brown in the CBS show of the same name, says Brown would never had existed if Moore’s Mary Richards hadn’t paved the way.

“Mary Tyler Moore really opened the door for women — for women not defined by relationships and for women trying to have a career,” Bergen told “Today” hosts Matt Lauer, Hoda Kotb, and Natalie Morales.

Bergen, who was living out of the country when “The Mary Tyler Moore Show” was on air, was told during the production of “Murphy Brown” to look to her predecessor for inspiration. “You want to see the yardstick of a great sitcom,” they told her, “watch ‘Mary Tyler Moore.'”

But the show, which ran from 1970 through 1977, “also opened the door to quality television because the writing was so exceptional and had such depth and was character driven,” Bergen said. “Mary was an icon unlike any other.”

“The Mary Tyler Moore Show” featured Moore as an associate producer for a news station in Minneapolis. By tackling topics other shows were hesitant to discuss, like homosexuality, prostitution, pre-marital sex, and equal pay, Moore and the rest of the ensemble cast encouraged hard conversations and, arguably, promoted societal change.

Bergen thinks the show did even more for young women, though.

“Watching those characters on television, it gave [young girls growing up] a sense of entitlement that they didn’t feel up until then that they had,” she said. “I think Mary Tyler Moore really made women feel they were entitled to a career and to be defined without a man.”