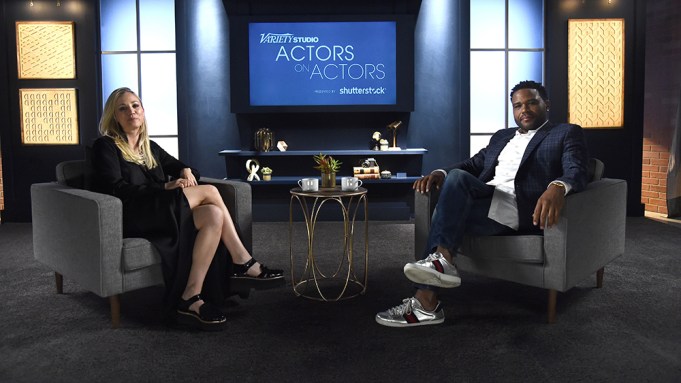 Would “Fresh Off the Boat,” “Cristela,” and other minority-starring shows have found their way to TV without “Black-ish”?

Maybe — but the show’s star, Anthony Anderson, credits his ABC sitcom with helping to open the door for such series.

In an interview with Kaley Cuoco for Variety’s “Actors on Actors” series, Anderson shared how “Black-ish,” centering on the parents (Anderson and Tracee Ellis Ross) of an affluent black family trying to balance a cultural identity that somehow blends their past while embracing their future, led the pack in having minorities share their stories on television.

“We’ve opened up the door for them, and they kicked the door off its hinges and you know, shot to the top on their own,” he said of recent shows that delve into social issues of race, gender, class, and sexuality.

“Black-ish” isn’t the first minority show to break ground on network television, of course. But Anderson called out its timing, and hopes that it influences even more TV shows to tell minority stories.

“Everything is cyclical,” he said. “I just hope that during this cycle lasts a little bit longer than the last cycle.”

“What’s crazy with our show and just having that fan base is, it’s one of the few shows that’s on broadcast television right now, probably television period, that an entire family can sit down and watch and enjoy,” he said. “Generations of one family sitting together and watching your show and getting it, and then explaining to one another, ‘Oh well this is how it was in my day,’ ‘This is how it is now, Grandpa.'”

Cuoco agreed with the rarity of a show with such a universal appeal. “There are very few shows that the entire family can sit down and watch together,” she said, adding, “Because every age. It doesn’t matter who or what.”