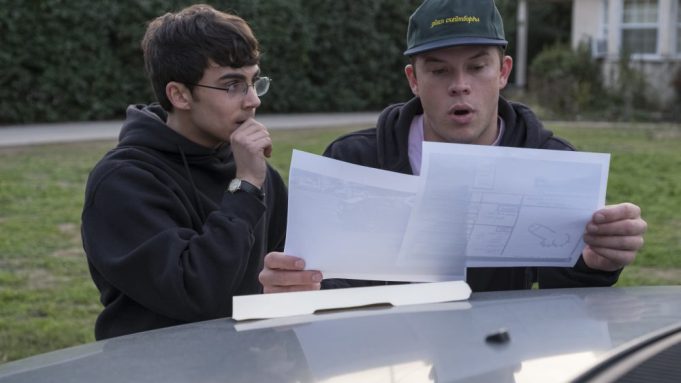 “American Vandal” has been renewed for Season 2 at Netflix, the streaming service announced Thursday.

Season 2 will consist of eight episodes like Season 1 and will air in 2018. Series co-creators and executive producers Dan Perrault and Tony Yacenda, as well as showrunner Dan Lagana, are all slated to return.The series is produced for Netflix by CBS Television Studios, Funny or Die, and 3Arts. Additional executive producers include Joe Farrell for Funny or Die and Ari Lubet, Josh Lieberman, and Michael Rotenberg for 3Arts.

The half-hour mockumentary series spoofs popular true crime documentaries like Netflix’s “Making a Murderer.” In Season 1, high school sophomore and documentarian Peter Maldonado (Tyler Alvarez) sets out to determine whether or not a senior named Dylan Maxwell (Jimmy Tatro) was behind a prank that saw 27 faculty cars vandalized with spray-painted images of penises.

In a new teaser, it seems that Season 2 will still feature Peter but will focus on a new group of students in a new school. Watch the trailer above.