NATPE: Globo Drives Into VFX, Showcased by ‘Wounded Past’ (EXCLUSIVE) 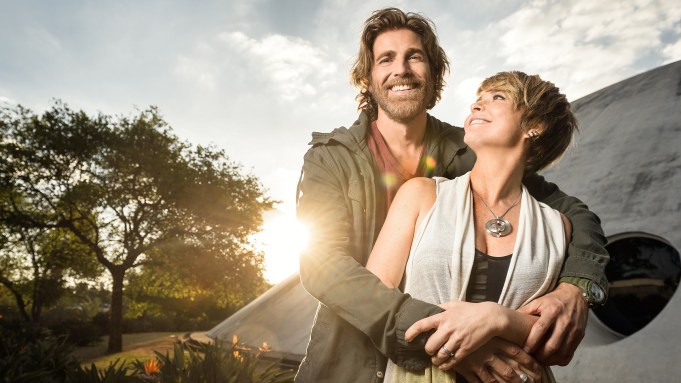 Presenting early results at NATPE – such as a motorbiker sicario attack in telenovela “Wounded Past” –  Globo, Latin America’s biggest TV network, is driving into VFX to give larger action heft to its scripted fiction – and build its brand as a high-tech pacemaker in Latin America.

Variety has had access to the a video featuring the attack and Globo techies explanation of how it was staged. The push comes as Raphael Correa Netto, Globo’s international business director will now assume oversight off the whole division, taking over from Ricardo Scalamandre.

Aired in 9 pm primetime from last October, “Wounded Love” is in many ways a classic novela featuring “Love in its most varied forms, villainy, jealousy, suspense, intrigue, and ambition,”  Globo announced just before NATPE.

Their high-tech is another matter. In a key scene in the telenovela, featured by Globo in a just-released video explaining the technology behind its VFX drive, Pedro’s father, the machiavellian Fausto, having finally confessed to Pedro how he schemed to separate the lovers 20 years earlier, takes off in a car with his mistress, Suzana.

In one early shot, as the car drives down an empty tree-lined country road, the camera surges towards a pursuing big motorbike, carrying two helmeted youths. Cut to a reverse shot to the left of Fausto’s car as the motorbike draws level and shots puncture the passenger’s window. In a third climactic shot, the car spins off the road and flips several times as it plunges down an embankment as the motorbike sicario and his driver make off down the road.

To power up its VFX, Globo has opened a dedicated VFX warehouse with motion tracking and motion capture capabilities. Globo’s video explains how two mocap performers were dressed like Faust and Suzana.

“The camera filmed inside the car, which is the “real” part of the scene,’ comments VFX artist Marcelo Nicacio. Beyond that, “the outside of the car is all 3D. The car is 3D, the street is 3D, the road is 3D, the trees are 3D, the sky is 3D, the motorcycle is 3D and the characters chasing the riders are 3D too.”

The “Wounded Past” hit scene is classic movie mocap technology. Hollywood movies have been doing this for years.

“What differentiates the adoption of these techniques in film and what we do at Globo is a set of production processes and technologies that make these effects feasible within the time limitations of post-production and the budgeting of each type of TV product,” Globo chief technology officer Raymundo Barros told Variety.

VFX is “the result of the sophistication of the story telling itself,” helping Globo to “maintain our pioneering spirit,’ “relevance,” “to surprise the public” and “ensure that our products are perceived for their quality, creativity and innovation,” he added.

Last July, Globo already released its 2016 period miniseries “Dangerous Liaisons” in 4K HDR on its VOD platform Globo Play, becoming the first broadcaster in the world to deliver content in that format, it claims. 4K HDR targets a relatively small audience, around 200,000 households with the broadband capacity to stream 4K, according to one estimate.

“They now have a platform that can show more resolution and HD images, there is more scope to show that off [via VFX work],” he said.

“Now that they have their own proprietary VFX technology, they can use to stand out from the crowd,” Border added, saying that “every TV tier” can benefit from a technology “that helps to target those who care more about quality and are willing to spend more or those for whom it’s a key factor in keeping them engaged.”

Among its series at NATPE are Daniel Burman’s milestone high security prison thriller “Supermax,” produced at Globo’s Rio studios but shot in Spanish; buzzed-up revenge drama “Above Justice” and “Nothing Remains the Same,” a love story set at the dawn of TV in 1950s Brazil.