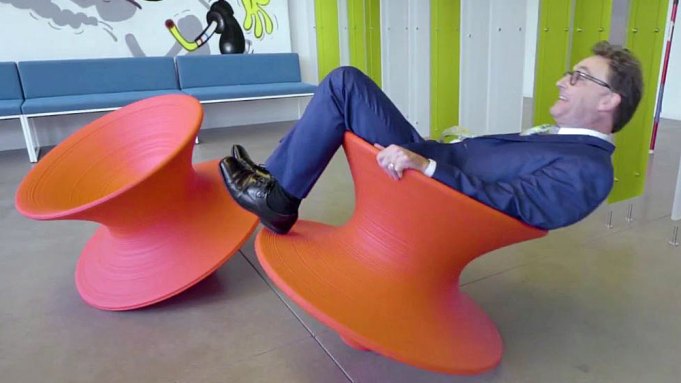 The five-story building on Olive Avenue is adjacent to Nick’s original facilities and brings all activities into a single interconnected complex designed to inspire creativity.

The building houses both the animation and live-action production teams — around 700 people. It was designed by the DLR Group and Studios Architecture.

Tom Kenny — the voice behind the immensely popular “Spongebob Squarepants” — serves as our guest guide as we walk through Nick’s new headquarters, including their maker’s and virtual reality studios.

Check out the 360-degree video above or click here.