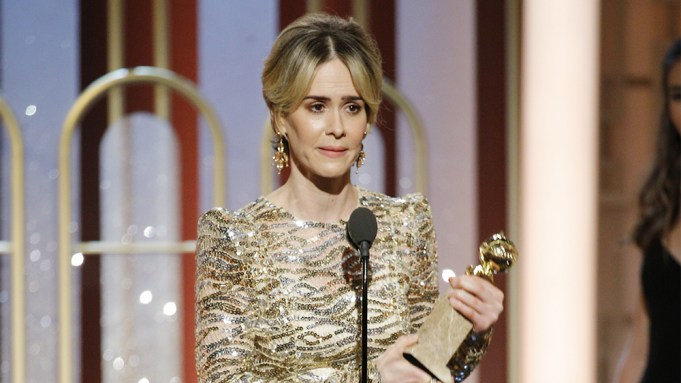 Sarah Paulson has won the Golden Globe for Best Actress in a Limited Series or TV Movie for her role in “The People v. O.J. Simpson: American Crime Story”

This caps off a winning year for Paulson, who also won the Primetime Emmy Award for her portrayal of prosecutor Marcia Clark in the trial of the century.

It was Paulson’s first Golden Globe win and third nomination.

“I feel like I’m going to faint,” Paulson said in disbelief. “To the man responsible for this, Ryan Murphy, you’ve changed my life.”

“To Marcia Clark, you are an inspiration to me,” she added, addressing the woman she portrayed.

She beat out Felicity Huffman in “American Crime,” Riley Keough in “The Girlfriend Experience,” Charlotte Rampling in “London Spy” and Thandie Newton in “Westworld.”

Her costars Courtney B. Vance, Sterling K. Brown and John Travolta are nominated in the Actor and Supporting Actor categories.