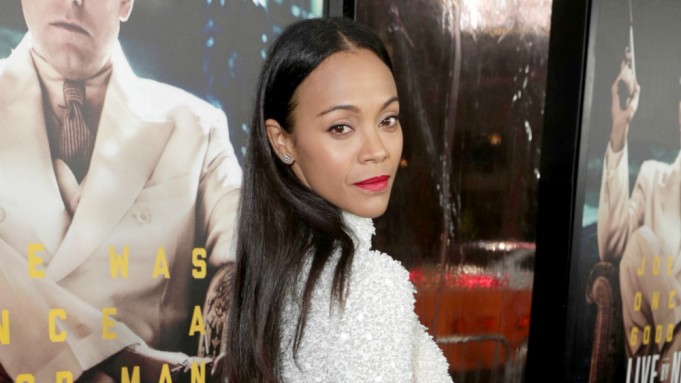 In the video for “Free Me,” narrated by Oscar-winner Julianne Moore, Saldana plays an HIV-positive pregnant woman who must be treated to prevent spreading the disease to her unborn child.

Saldana is joined by interpretative dancers who bring her emotional journey to life. “Oh free me from this shame I’ve been running from, I’m lost and I am calling you,” Sia sings during the powerful chorus. The video ends with Saldana holding her newborn with optimism, and the message that HIV/AIDS is the No. 1 killer of reproductive age women worldwide.

Blake Martin directed and Ryan Heffington, who worked on a number of Sia’s other videos including “Chandelier,” “Cheap Thrills,” and “The Greatest,” choreographed the video.

Proceeds from the song will be donated to the #endHIV campaign, which, in collaboration with the Abzyme Research Foundation, raises funds to commercially manufacture a effective HIV vaccine to FDA standards. Sia, Moore and Saldana are among the celebrity ambassadors partnering with #endHIV to meet fundraising efforts. “Free Me” is available for download and streaming starting Friday.

Sia often uses music videos as an emotional platform. In September, she released a powerful video for her single “The Greatest,” which paid tribute to the Orlando nightclub shooting earlier that year.

Check out the full “Free Me” music video here or above.