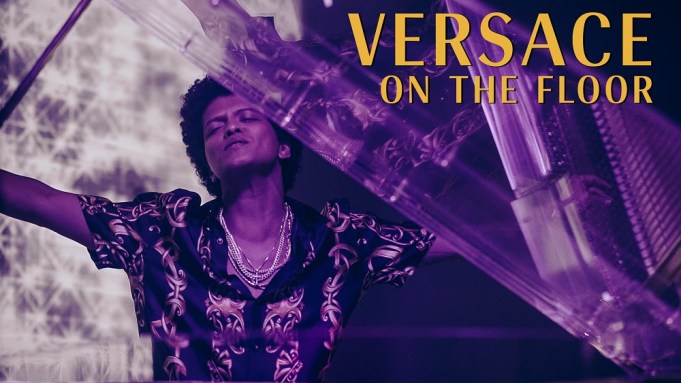 The video for “Versace on the Floor,” directed by Mars and Cameron Duddy, is the latest fashion-conscious visual from the album “24K Magic.” It follows the title track and “That’s What I Like,” released earlier this year.

Mars is currently touring North America on a second leg of a worldwide trek. At a show in Michigan on Saturday night, he announced a $1 million donation to aid victims of the Flint water crisis.

Watch “Versace on the Floor” above.