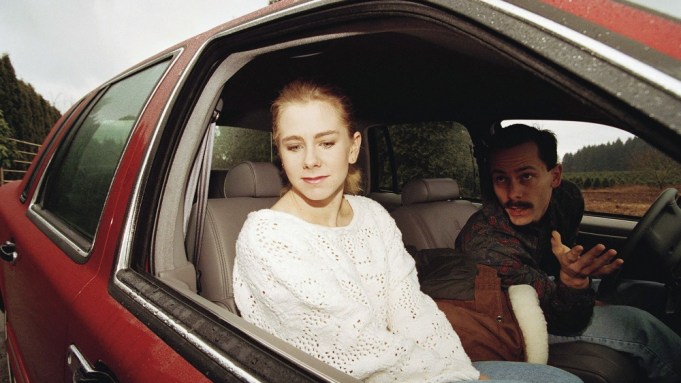 Indie-rock hero Sufjan Stevens is effectively running against himself in the Oscars’ best original song category, with two prominently featured and equally respected tunes in “Call Me By Your Name” (“Mystery of Love,” heard mid-film, and “Visions of Gideon,” over the end credits). But if he’d had his way, he might have had three songs in contention.

When Stevens announced this week that he was issuing a new single, “Tonya Harding,” almost simultaneous with the release of the film “I, Tonya,” plenty of fans figured the song was partnered with the movie. That was his intent, actually, at one point, even though he’d wanted to write an ode to the figure skater since 1991. “It’s not at all related to the new biopic,” he wrote on his website, before parenthetically adding, “I sent it to the music supervisors but they couldn’t find a way to use it.”

In going public with his rebuffed song, Stevens becomes part of a proud history of pop, rock, and country stars that have released songs that failed to make it into their intended films. It’s a list that includes Radiohead’s “Spectre,” Alice Cooper’s “The Man With the Golden Gun,” Johnny Cash’s “Thunderball,” and Blondie’s “For Your Eyes Only” — all written in the hope of accompanying the Bond films of the same names — along with Paul McCartney’s “Same Time Next Year,” Dwight Twilley’s “That Thing You Do,” Frank Ocean’s nixed “Django Unchained” song, and Bruce Springsteen’s rejected Harry Potter theme.

By putting it out on the eve of the movie’s release, he may be inviting fans to second-guess the judgment of the film’s music curators. Or maybe he just meant to ensure that, however mixed a portrait of the figure skater the movie might paint, his own unabashedly positive view of Harding got a proper airing while she’s part of the national conversation again. In the lyrics to the newly released single, Stevens comes off as Tonya Harding Fanboy No. 1, with little if any irony involved.

There may be an element of semi-home-state pride involved: Stevens has littered the lyrics of his songs with affectionate references to Oregon, where he spent summers growing up. (Even “Mystery of Love” contains a shout-out to Rogue River, the name of both a city and waterway in Oregon, despite the fact that “Call Me By Your Name” is set in Italy.) “Just some Portland white trash/You confronted your sorrow/Like there was no tomorrow/While the rest of the world only laughed,” he sings.

But more than anything Stevens evinces sympathy for the maligned underdog who gets built up and then torn down again, and for a blue-collar outsider in a hoity-toity world. “She fought classism, sexism, physical abuse and public rebuke to become an incomparable American legend,” Stevens wrote on the website of his label, Asthmatic Kitty, describing “a conviction to write something with dignity and grace, to pull back the ridiculous tabloid fodder and take stock of the real story of this strange and magnificent America hero.”

With no tongue in cheek, at all? “I admit, early drafts of this song contained more than a few puns, punch lines and light-hearted jabs — sex tapes and celebrity boxing make for an entertaining narrative arc,” he wrote. You can see the remnant of that approach in a few wry lines — like “Well, she (Nancy Kerrigan) took quite a beating/So you’re not above cheating” and “This world is a bitch, girl/Don’t end up in a ditch, girl.” Mostly, though, the song is filled with loving detail as well as appreciation, whether Stevens is mentioning Harding’s “laces untied” in the 1994 Olympics, “Yamaguchi in red” at the 1991 World Figure Skating Championships, or Harding’s career-making ’91 triple axel.

The song may ultimately have been too serious to seriously consider for a film with such obvious satirical overtones. And the version that accompanies the music video Stevens has put out is rather dirge-like. But the download and vinyl and cassette singles also include a peppier and possibly more palatable version as a B-side. “Tonya Harding (in D major)” drags, much like Harding’s career after the fall. But “Tonya Harding (in Eb major),” is more of a testament to her indomitability, with a key change and quickened pace that offer more of a testament to her indomitability. This livelier second version is something you can even imagine at, say, the end of a movie.