The Black Friday edition of Record Store Day is essentially RSD Jr. — the main one takes place in April — but that doesn’t mean there won’t be long lines outside indie music shops on the day after Thanksgiving. A total of 150 titles are being released exclusively to independent stores on Nov. 24 this year (versus the 350 for the April version), but with artists like Paul McCartney, U2, Dave Matthews, Fleet Foxes, the Grateful Dead, and Eric Church putting limited-edition items in stores, there are plenty of good reasons to wait in line. Below are 25 (along with one that’s waiting an extra day for Small Business Saturday) … 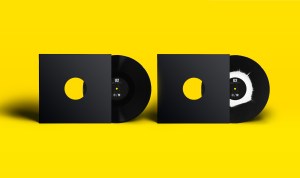 U2: “The Blackout” (quantity not revealed)
Preceding U2’s new album by a week, this 12-inch teaser single includes a Jacknife Lee remix on the B-side that’s exclusive to this release. Oddly, the label isn’t Island but Jack White’s Third Man imprint. (No surprise that he’s a U2 fan; he once covered their “Love is Blindness.) White’s pressing plant also manufactured the discs, and the Third Man storefronts in Nashville and Detroit have an exclusive on a 750-copy supply of colored vinyl variants.

Soundtrack: “Guardians of the Galaxy Baby Groot Picture Disc” (3500 copies)
Soundtrack: “Game of Thrones (Music from the HBO Series)” (quantity not revealed)
Novelty items are a perennial favorite at Record Store Day, and it doesn’t get much more novel than a “Guardians of the Galaxy” picture disc that is actually die-cut in the shape of Baby Groot. Soundtrack enthusiasts can also pick up a picture disc of the score for season 7 of “Game of Thrones,” but that one is simply round, alas, and not in the shape of Lena Headey. 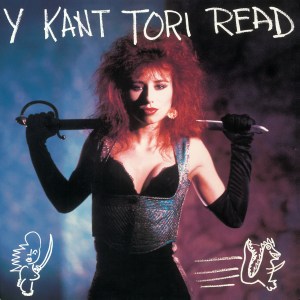 Tori Amos: “Y Kant Tori Read” (4000 copies on LP, 3500 on CD)
Tori Amos: “Native Invader Russia” (3000 copies)
The one-woman “band” Y Kant Tori Read was not Tori Amos’ proudest moment, and rare copies of the hair-metal album she released in 1988 prior to the kickoff of her official solo career once went for a premium; now it’s finally getting a reissue for RSD in both vinyl and CD formats. Amos is also releasing an orange-colored EP of songs from her latest album, “Native Invader,” with a Russian theme that extends to the language on the labels. 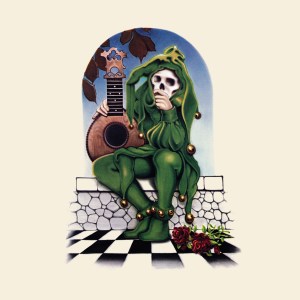 Grateful Dead: “Grateful Dead Record Collection” (5800 copies)
Jerry Garcia and Howard Wales: “Side Projects, Volume One” (2500 copies)
In between their stints on Warner Bros. and Arista in the 1970s, Jerry Garcia and company formed their own indie Grateful Dead label — a bold, risky move at the time — and released four albums. Those are collected for the first time in a new five-LP set (one of the releases was a live double album) that comes in a slipcase with inserts. Separately, a Garcia jazz-fusion side project, recorded in 1970, released on CD in 1998 but never on vinyl before is finally seeing release. 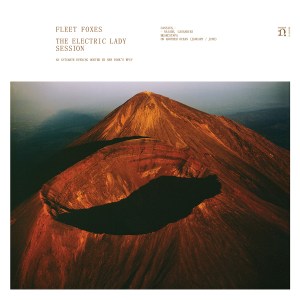 Eric Church: “Mistress Named Music”/”Holdin’ My Own” (2500 copies)
Country superstar Church does love his vinyl (as heard in the recent song “Record Year”), and lately he’s come up with a fresh offering for Record Store Day twice a year. His offering for this fall’s RSD is higher-concept than most: the live 7-inch single features the first song he performed on his 2017 tour on the A-side, while side B sports the last encore of the tour’s very last gig.

Danny Elfman and the Mystic Knights of the Oingo Boingo: “The Forbidden Zone Original Motion Picture Soundtrack” (1350 copies)
Before he was a film scoring maestro, Elfman was the leader of L.A. new wave outfit Oingo Boingo, and before that he was a film scoring maestro… sort of. He hadn’t yet gone full-orchestral when he composed the music for “The Forbidden Zone” and performed it with his then-longer-monikered band. The 1980 album has only been reissued once before — and now you can get a new pressing on green vinyl. 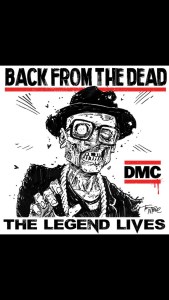 DMC: “Back from the Dead: The Legend Lives” (4000 copies)
DMC, a.k.a. Darryl McDaniels of Run-DMC fame, spoke at a Record Store Day retailer conference in August, and he enjoyed their company enough to give participating stores the exclusive on his new four-song EP. It’s being released on red vinyl with a zombified cover portrait by Tony White, of original “Walking Dead” graphic novel fame. 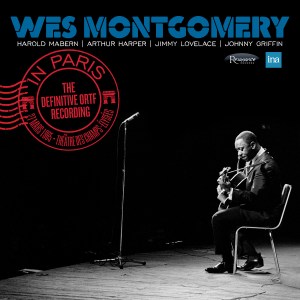 Wes Montgomery: “In Paris: The Definitive O.R.T.F.” (quantity not revealed)
There are several releases at this RSD that will have buffs parked in front of the record shop at hour one, including reissues of long-out-of-print albums by Sun Ra and Sonny Rollins. But fans get particularly excited about the previously unreleased vintage performances that the Resonance label has been unearthing. This 1965 show by the great guitarist Montgomery and his combo is another treat that’d be worth lining up “Round Midnight” for — the CD counterpart won’t be out until early next year.

Waylon Jennings: “New Stuff” (1500 copies)
Waylon Jennings, “Here’s to the Champion (Muhammad Ali)” (1500 copies)
The title “New Stuff” is both ironic and not. In the late ‘90s, a few years before he died, the country-outlaw outlier recorded some acoustic demos and put them on a cassette marked with that title. Son Scooter Jennings is releasing them now for the first time as an 11-song album on his own imprint. But that’s not all, as they say. One of those songs, Jennings’ tribute to Muhammad Ali, has spawned its own separate EP, which includes a fully produced remix by Nashville super-producer Dave Cobb as well as fresh recordings of the tune by Willie Nelson, Jessi Colter and Kris Kristofferson.

Paul McCartney and the Roots: “Wonderful Christmastime” (7000 copies)
Trigger warning: If you didn’t love “Wonderful Christmastime” in the ‘70s, or all the subsequent decades that it has represented Macca’s contribution to holiday music, you may not love it any more now that he’s remade it with the Roots. But the tune has its fans, obviously, and brevity helps (the new version clocks in at under a minute and a half). Green and red vinyl editions of the 7-inch single have been pressed in equal measure, with a new Decemberists track as the B-side of one and Norah Jones’ oldie “Peace” backing the other. 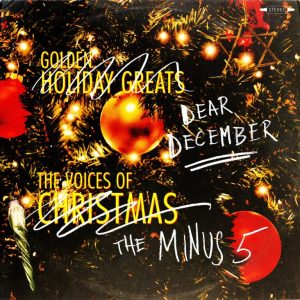 The Minus 5: “Dear December” (1500 copies)
McCartney stopped at one Christmas song, but no such hesitation for Scott McCaughey — the sometimes R.E.M. sideman and Minus 5 frontman (who recently suffered a stroke) — who has recorded 11 brand new songs for the occasion. Peter Buck is a member of the Minus 5, and his former bandmate Mike Mills shows up to sing a number, as does Death Cab for Cutie’s Benjamin Gibbard, along with cameos by the Posies, M. Ward, and Chuck Prophet. The whole thing is good fun for anyone who enjoyed past power-pop-leaning Xmas albums by the likes of Nick Lowe and Chris Stamey. The RSD-exclusive LP beats the CD and download versions by a week, and also comes on snow-white vinyl and includes an advent calendar-style cover.

Various artists: “High Times Presents: Smoke Signals — Songs From The Mother Plant” (1200 copies)
Various artists: “Moon Rocks: Extraplanetary Funk, Space Disco and Galactic Boogie“ (2000 copies)
Black Friday is really Green Friday with these two pot-themed compilations. The High Times album has unreleased or otherwise rare tracks from Snoop Dogg (who has his own RSD release), Marleys Damian and Ziggy, Method Man, and other. The “Moon Rocks” record is the latest from the Jazz Dispensary imprint, and you don’t even have to be high to enjoy the Parliament-ary style ‘70s grooves from acts like Larry Williams and the Starship Connection, manufactured on vinyl that’s as clear as space itself. 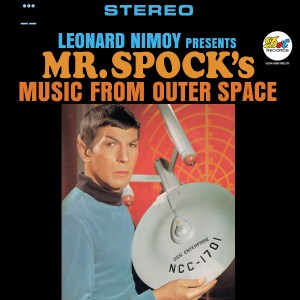 Leonard Nimoy: “Mr. Spock’s Music from Outer Space” (1800 copies)
Speaking of space, it’s not clear how much “Star Trek” star Nimoy actually had to do with this largely 1967 instrumental release, but surely he was doing some sort of Vulcan mind meld with the creators of tracks like “Music to Watch Space Girls By.”

Bill Hicks: “Revelations: Live in London” (1000 copies)
Speaking of great track titles, “Satan’s Scaly Pecker” is one of the selections on this live set from the crusty late comedian, recorded for a TV special in 1992 but never released as an audio collection until now.

Dave Matthews & Tim Reynolds: “Live at Luther College” (4000 copies)
It wouldn’t be Record Store Day if there weren’t a first-time vinyl boxed set of a live show from Matthews, with or without his band. It doesn’t matter that this four-LP set has already been issued on CD: Twice a year, like clockwork, Matthews fans snap up the vinyl.

Gram Parsons & the Fallen Angels: “Live 1973 Featuring Emmylou Harris” (2000 copies)
This live album from the alt-country legend, recorded for a live radio broadcast shortly before his ’73 death, first came out in 1982 but has gone out of print since. The new edition comes in a numbered silver foil jacket.

Richard Hell & the Voidoids: “Blank Generation (40th Anniversary Deluxe Edition)” (2500 copies each on LP and CD)
One of the seminal New York punk records, 1977’s “Blank Generation” returns with an additional disc of bonus tracks in both CD and LP format, including not just alternative studio sessions but live selections from Hell’s CBGB debut in ’76.

Big Star’s Third: “Stroke It Noel: Big Star’s Third Live in Concert” (3000 copiess)
Big Star releases figure so regularly on Record Store Days, you wouldn’t think the band spent most of the last four decades being defunct. This one is actually a recording of a tribute concert featuring the likes of Jeff Tweedy and Mike Mills, and if you have the recent CD or Blu-Ray editions, you don’t have the whole show. The RSD double-LP includes six previously unreleased songs not on those digital iterations, including “Femme Fatale” and Robyn Hitchcock’s take on a non-Big-Star Alex Chilton classic, “The Letter.”

A bonus pick, but do not look for this one on Black Friday… it won’t be there. So why include it? Here comes the asterisk: Dawes are releasing this two-LP live album the following day, for Small Business Saturday, when a lot of record shops also hold special sales. The concert recording was previously only available for streaming and still doesn’t exist in any other form than these 2000 copies. If you live in the L.A. area, you can catch the band doing a live in-store show Saturday afternoon at Fingerprints in Long Beach.

Due warning: probably no participating retailer will be stocking all 150 releases on the RSD list, so shop around, if you’re fortunate enough to live somewhere with more than one indie record shop. A full list of stores and releases can be found here.