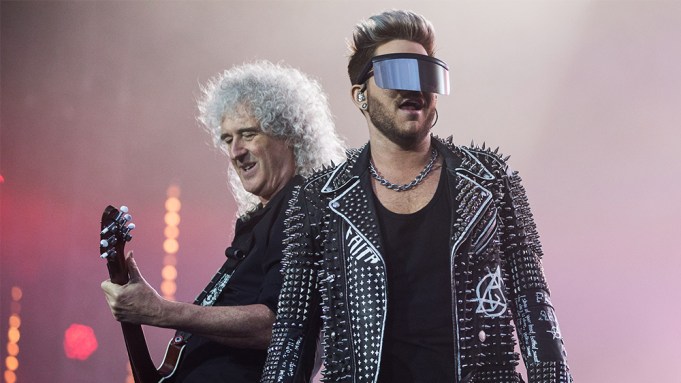 Queen and Adam Lambert took the stage at “Jimmy Kimmel Live!” on Thursday night (June 22) for their first live appearance in the United States since 2014.

The band fronted by the “American Idol” season-eight runner-up, which is set to start a U.S. tour in Phoenix on Friday night (June 23), kickstarted the summer trek with a short set in Hollywood that included a preview of a new Lambert original, “TwoFux.”

“This one is dedicated to Freddie himself,” Lambert shouted from the stage to cheers at the mention of the late Freddie Mercury’s name.

True to form, “The song captures the operatic feel of Queen’s music as Lambert sings, “No one gets me like myself / I’ve been this way since I was 12,” and declares he has the “magic of OCD.” Brian May also adds a classic solo.

In addition to “TwoFux,” the group — May on guitar and Roger Taylor on drums — performed an epic version of “I Want it All,” which aired on the ABC late-night show, along with “Crazy Little Thing Called Love” and “Don’t Stop Me Now” from Queen’s 1978 album, “Jazz.”

Earlier in the evening, Lambert — who is now sporting a new red hair color — teased on Twitter that new music is arriving on June 30. Lambert is managed by Direct Management Group and is signed to Warner/Chappell for publishing. His last album, “The Original High,” was released in 2015 on Warner Bros. Records.