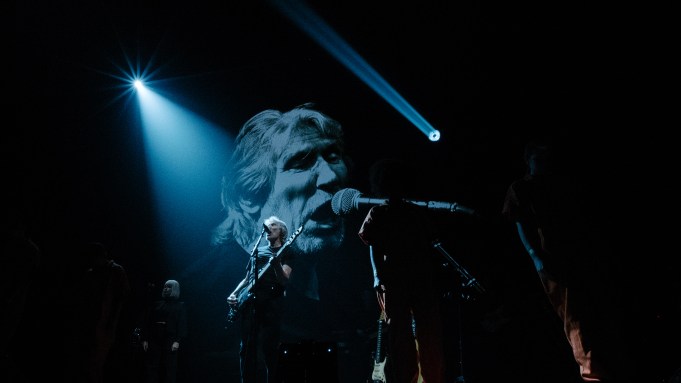 Vedder emerged unannounced from behind the stage just after the first chorus to join in and sing the parts originally delivered by David Gilmour.  This is the first time since 2012 that the Pearl Jam singer joined Waters, having previously sung together at Madison Square Garden at the 12:12:12 Hurricane Sandy benefit.

In addition to handling the vocal parts, Vedder assisted the band — including guitarist and vocalist Jonathan Wilson — for the song’s climactic ending.

Vedder is well-versed in Floyd — he has performed the song with Pearl Jam as part of its live shows and several solo jaunts. He also appears to be making unannounced cameos a habit. Earlier this summer, he joined U2 in Seattle for “Mothers of the Disappeared” for the Joshua Tree tour.

Waters is currently out on a five-month tour of North America under the banner “Us + Them.”