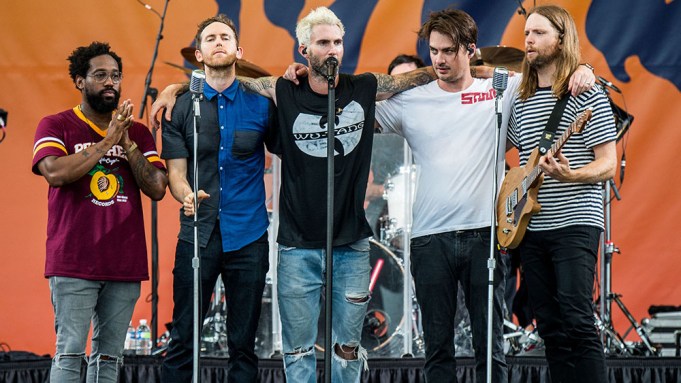 Maroon 5 continue to show off their taste in collaborators by dropping a new single today, “What Lovers Do,” featuring rising R&B star SZA. The track follows February’s “Cold,” featuring rapper Future,” which was preceded by “Don’t Wanna Know” with Kendrick Lamar.

A video is set to arrive in the coming days.

The group is set to perform in Aspen, CO at Aspen Snowmass JAS Experience before embarking on a tour of Central and South America, including a headlining date at Rio De Janeiro’s “Rock N Rio” festival. The dates actually complete the grouo’s world tour, which has seen them playing more than 120 concerts to some 2.5 million fans in attendance.