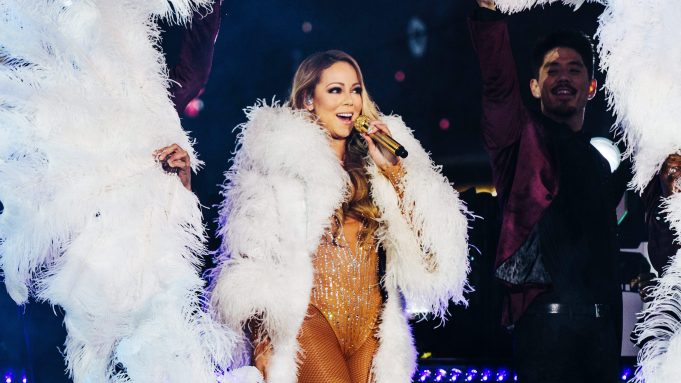 Mariah Carey tweeted that “s— happens” and appeared to have a sense of humor about the technical difficulties that caused her performance to go down in flames during ABC’s “New Year’s Rockin’ Eve” special on Saturday night.

Carey lost sound in her earpiece several times, making it impossible for her to lip-sync, and eventually stopped singing as her dancers gamely continued on in the background. She started singing “Auld Lang Syne” but the backing track didn’t match up with her singing. She then tried for her single “Emotions,” but the sound to her earpiece apparently wasn’t working.

But perhaps she’s not feeling that chill about the spectacle — now Carey’s team has reportedly contacted the show’s producer, Dick Clark Productions, according to TMZ, alleging that the technical difficulties happened purposely to goose ratings. ABC declined to comment on the debacle. Dick Clark Productions did not immediately respond to a request for comment.

Shit happens 😩 Have a happy and healthy new year everybody!🎉 Here's to making more headlines in 2017 😂 pic.twitter.com/0Td8se57jr

The pop star tweeted “Here’s to making more headlines in 2017,” since the snafu surely brought even more attention than usual to the live programming from New York’s Times Square.

On social media, many commented that Carey’s flop was a fitting end for a year they couldn’t wait to see end, due to the many celebrity deaths and controversial election.

There could not have been a better end to the 2016 garbage fire than Mariah Carey's train wreck of a performance. #MariahCarey #HAPPYNEWYEAR