Maggie Roche, Singer With Neo-Folk Trio The Roches, Dies at 65 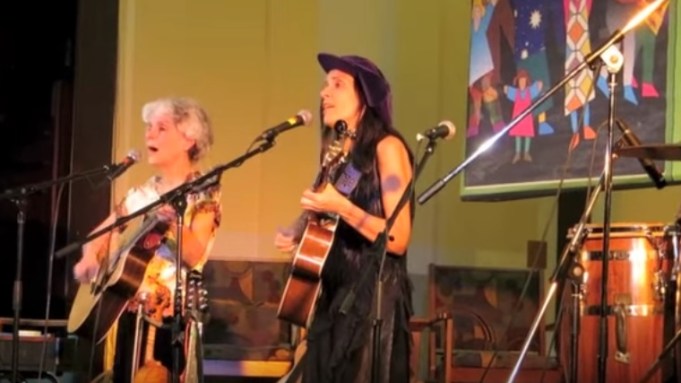 Maggie Roche, one of the three Roche sisters neo-folk singing trio known for their quirky lyrics and rich harmonies, died Saturday of cancer. She was 65.

The Roches’ Facebook page posted a statement from Suzzy Roche, saying “She was a private person, too sensitive and shy for this world, but brimming with life, love, and talent. I want to let you know how grateful she was to everyone who listened and understood her through her music and her songs.”

Raised in Park Ridge, N.J., Maggie and Terre Roche sang back-up for Paul Simon’s album “There Goes Rhymin’ Simon” in 1973 and were signed to Columbia Records, where they made the album “Seductive Reasoning” in 1975. They performed in clubs and on the streets of New York, sometimes dressed as living Christmas trees, and among those who saw them perform was King Crimson guitarist Robert Fripp.

After younger sister Suzzy joined the duo, they released the self-titled album “The Roches” in 1979, which was produced by experimental-minded guitar player Fripp, who lent his distinctive electric guitar to “The Hammond Song” and helped the group connect with a broader audience of new wave fans.

Another song from “The Roches,” “The Married Men,” became a hit for Phoebe Snow, after she performed it on “Saturday Night Live” with Linda Ronstadt; the Roches then appeared on the show a few months later, where they performed “The Hallelujah Chorus.” Their other albums included “Nurds” and “Can We Go Home Now.” They continued to tour and sing, releasing albums for children and Christmas songs, until their last release 2007’s “Moonswept.”