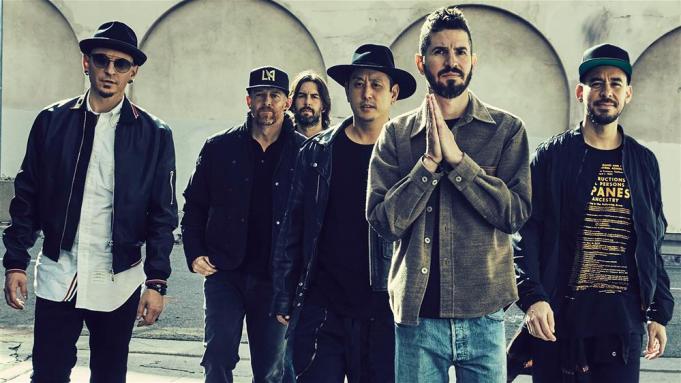 The video was released at 9:01 a.m., before the news was revealed. The energetic video for their newest single “Talking to Myself” features footage of the rock band performing for fans. Bennington addresses his history with substance abuse from the perspective of his wife in the guitar-heavy hit.

He opens the track singing, “Tell me what I’ve gotta do/ There’s no getting through to you/ The lights are on but nobody’s home (nobody’s home).” In the chorus he belts, “The truth is, you turn into someone else/ You keep running like the sky is falling/ I can whisper, I can yell/ But I know, yeah I know, yeah I know/ I’m just talking to myself.”

“There’s a theme of fragility of life and that what we love can be taken away from us in an instant,” band member Brad Delson said of the album in an earlier interview with Variety. “I think when faced with those kinds of really scary or existential challenges, it puts everything in perspective and into place — what it is we love and don’t want to lose.”

“Talking to Myself” is the third track off the band’s seventh studio album “One More Light.” The album marked their sixth No. 1 on the Billboard 200 album chart. Linkin Park was embarking on a North American summer tour with Machine Gun Kelly starting July 27 and into the fall.

Watch the full video here or above.