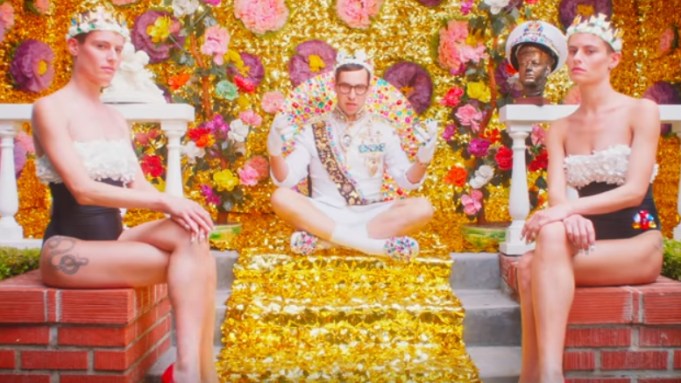 Lena Dunham once again steps behind the camera in order to direct the “Don’t Take the Money” music video for Bleachers out Tuesday. The first single off the indie pop band’s second album “Gone Now” also features background vocals from Lorde.

The video is centered on a questionable wedding where lead singer Jack Antonoff’s groom must literally fight to marry his bride. “Search Party” and “Arrested Development” alum Alia Shawkat has a cameo as the woman haphazardly officiating the ceremony.

Visuals for “Don’t Take the Money” are just as colorful and bright as the accompanying audio, and the video plays out as a full story complete with cuts and dialogue. Dunham also made sure to use the opportunity as director to promote gender non-binary actors and characters.

Antonoff has been dating Dunham since 2013, and “Sight of the Sun” from his former band fun. can be heard on the Volume 1 soundtrack from the first season of “Girls.”

Dunham previously won the Director’s Guild of America Award in 2014 for an episode of her HBO comedy, while Antonoff has three Grammys to his name.