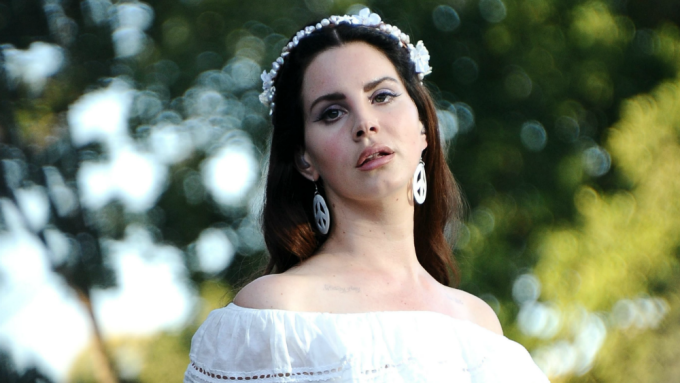 Part of Lana Del Rey’s appeal is the contrast between her sometimes shocking, often hilarious and nearly always intriguing lyrics and her languid pose and midtempo music. That contrast continues with her latest single, “Coachella — Woodstock in My Mind,” the third song that is presumably from her forthcoming album, “Lust for Life,” due on May 26.

She wrote in an Instagram post that the song was inspired by “complex feelings about spending the weekend dancing whilst watching tensions w North Korea mount,” a microcosm of the contradictions many people feel about enjoying themselves while the world gets crazier and crazier.

She sets the scene at the festival, talking about its peace-and-love vibe (“Baby for a minte, it was Woodstock in my mind”), but “then the next morning they put out the warning, tensions were rising.” As usual, you’d never guess the subject matter from the song’s chill vibe, with its gentle trap beat, her deadpan delivery and gently coo’ed backing vocals.

The second verse seems to change the subject completely but does deliver one a vintage Del Rey lyric, snarky, sarcastic and self aware:

“I was at Coachella, leaning on your shoulder, watching your husband swing and shine/ I’d say it was hella cool to win them over, critics can be so mean sometimes.”

The lyrics continue without a direct mention of politics except for the closing verse, which may be an elliptical reference to communicating with people in countries under media blackouts like North Korea: “Maybe my contribution/ Could be as small as hoping/ That words could turn to birds and birds would send my thoughts your way.”

The song carries on in the mold of many of her recent releases, neither a blockbuster nor a deep statement of intent, but rather a steady, solid progression in a career that’s built impressively from an unpromising beginning as a viral star (with the 2011 song “Video Games”) who delivered one of the most disastrous musical performances in “Saturday Night Live” history.

“Coachella” follows two previous releases from “Lust for Life,” “Love” and the album’s title track, a duet with The Weeknd.