Continue to Variety SKIP AD
You will be redirected back to your article in seconds
Jul 6, 2017 6:53am PT 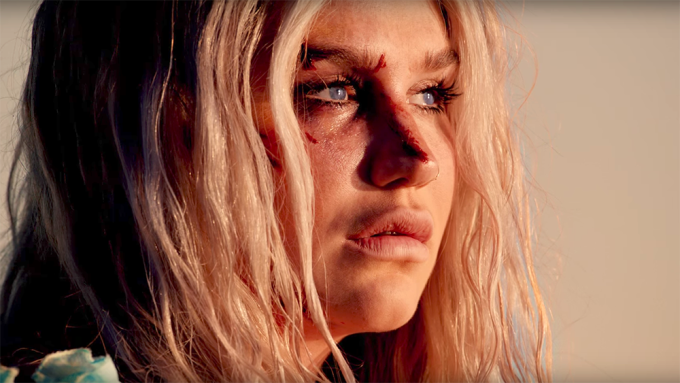 The song, co-written with Ben Abraham, Andrew Joslyn and Macklemore cohort Ryan Lewis (and with a Jonas Åkerlund-helmed video), is a neo-gospel ballad that opens with a long spoken-word soliloquoy about being abandoned and rising above adversity. While the resolution of her long legal battle with former producer/collaborator Dr. Luke — which found her accusing him of sexual assault, among other charges — the fact that the album is being released on Kemosabe (Dr. Luke’s label) through RCA indicates that she has not completely broken free of her former mentor.

Described as “a new beginning for Kesha, one based around inner strength and musical exploration,” the album features a wide array of collaborators, including Eagles of Death Metal, Dolly Parton, hitmaker Ricky Reed, the Dap-Kings horn section and Kesha’s mom, Pebe Sebert.

Kesha penned a personal essay for Lena Dunham and Jenni Konner’s Lenny Letter to go along with “Praying,” which begins with the spoken-word intro for “Praying,” follows in full below:

Am I dead? Or is this one of those dreams? Those horrible dreams that seem like they last forever? If I am alive, why? If there is a God or whatever, something, somewhere, why have I been abandoned by everyone and everything I’ve ever known? I’ve ever loved? Stranded. What is the lesson? What is the point? God, give me a sign, or I have to give up. I can’t do this anymore. Please just let me die. Being alive hurts too much.

“Praying,” my first single in almost four years, comes out today. I have channeled my feelings of severe hopelessness and depression, I’ve overcome obstacles, and I have found strength in myself even when it felt out of reach. I’ve found what I had thought was an unobtainable place of peace. This song is about coming to feel empathy for someone else even if they hurt you or scare you. It’s a song about learning to be proud of the person you are even during low moments when you feel alone. It’s also about hoping everyone, even someone who hurt you, can heal.

I know that I was never abandoned by my fans, my animals, or my family, but when you are depressed — really, truly depressed — you feel like you have nothing. Even having my kitties sleeping next to me in my darkest of hours couldn’t bring me light. It is in these moments when even the most cynical among us are forced to turn to something other than ourselves — we turn to prayer, or something like it. You look past your shame, past your desire to hide, and admit you need help.

For me, God is not a bearded man sitting in the clouds or a judgmental, homophobic tyrant waiting to send everyone to eternal damnation. God is nature and space and energy and the universe. My own interpretation of spirituality isn’t important, because we all have our own. What matters is that I have something greater than me as an individual that helps bring me peace. This is one of the reasons why I love swimming way, way out into the middle of the ocean and just letting the sea carry my body. It is my greatest form of surrender to the universe, a full-body prayer — or meditation.

This song is about me finding peace in the fact that I can’t control everything — because trying to control everyone was killing me. It’s about learning to let go and realize that the universe is in control of my fate, not me.

I dragged myself out of bed and took my emotions to the studio and made art out of them.

It’s from our darkest moments that we gain the most strength. There were so many days, months even, when I didn’t want to get out of bed. I spent all day wanting to go to sleep, and then when I did fall asleep, I had horrible night terrors where I would physically cry and scream through the dark. I was never at peace, night or day. But I dragged myself out of bed and took my emotions to the studio and made art out of them. And I have never been happier with a body of work as I am with this record.

I hope this song reaches people who are in the midst of struggles, to let them know that no matter how bad it seems now, you can get through it. If you have love and truth on your side, you will never be defeated. Don’t give up on yourself.

“Praying” was written about that moment when the sun starts peeking through the darkest storm clouds, creating the most beautiful rainbow. Once you realize that you will in fact be OK, you want to spread love and healing. If you feel like someone has wronged you, get rid of that hate, because it will just create more negativity. One thing that has brought me great relief is praying for those people. Being angry and resentful will do nothing but increase your own stress and anxiety — and hate is the fuel that grows the viruses. Don’t let anyone steal your happiness!

In the past couple of years, I have grown into a strong, independent woman. I have realized through this long journey of ups and downs that if I’m lucky enough to have a voice that people listen to, then I should use it for good and for truth. I’ve battled intense anxiety and depression, a relentless eating disorder, and all the other basic bullshit that comes with being human. I know I’m not alone in that battle. Finding the strength to come forward about these things is not easy, but I want to help others who are going through tough times.

I was blessed and honored to be able to work with some amazing people that helped me realize the vision of this song. Thank you to Ryan Lewis and Ben Abraham, who wanted nothing other than to help me channel all this raw emotion into a powerful song, and to the mad scientist Jonas Åkerlund, who helped me actualize the psychedelic journey that is this physical, emotional ride for the music video.

This is just the beginning. I am so happy and grateful to begin sharing all the music I have been writing with the world. I’ve written a record that reveals my vulnerabilities, and I have found strength in that. In the past, I’ve always felt like I was trying to prove something, trying to be someone I thought people wanted me to be, but on this record, I’m just telling the truth about my life. This album is me. The most raw and real art I have ever created, and now it’s my gift to you. I hope you love it. Thank you for not giving up on me. We made it <3. I love you all so much.