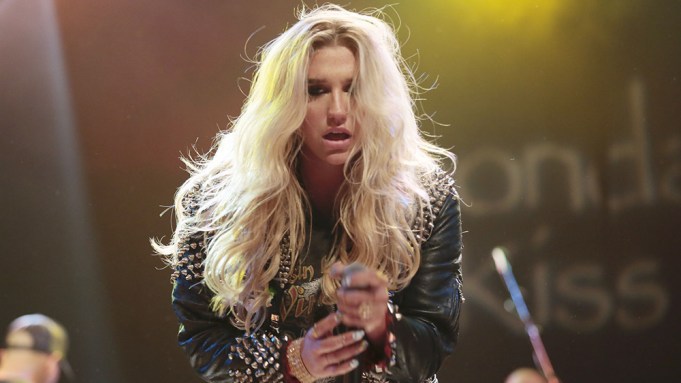 Hot on the heels of “Praying” — her first solo release since 2013 — Kesha has released another song from her forthcoming third album “Rainbow,” out August 11 on Kemosabe Records/RCA Records. The song is called “Woman” and features a video directed by Kesha and her brother Lagan Sebert and, like “Praying,” it’s accompanied by a long essay.

Unlike the deeply personal ballad “Praying,” this song is a female-empowerment/party anthem that actually recalls the vibe of her early material with label head/former collaborator Dr. Luke, with whom she’s been embroiled in an ugly legal battle for the past three years. The song and video rise above that fray, depicting a wild night out with the girls and fending off annoying dudes: “Don’t buy me a drink, I make my money. Don’t touch my weave, don’t call me honey.” The word “motherf—er” appears at least a dozen times in the song, which, until there’s a PG-rated edit, will significantly impede its chances at radio.

Kesha wrote the track with Drew Pearson and Wrabel — with production by Pearson and Brody Brown — and recorded it at the studio of Brooklyn’s Daptone Records, home of many great recordings on the label, including those by the late soul singer Sharon Jones (as well as “It Ain’t Fair,” a new song from The Roots with Bilal that appears in the forthcoming film “Detroit”). The The Dap-Kings’ horn section makes a raucous contribution to the song.

While the essay for “Praying” addressed personal struggle, the new one is about empowerment and the fun she had touring with her band, The Creepies, and making the new song and video.