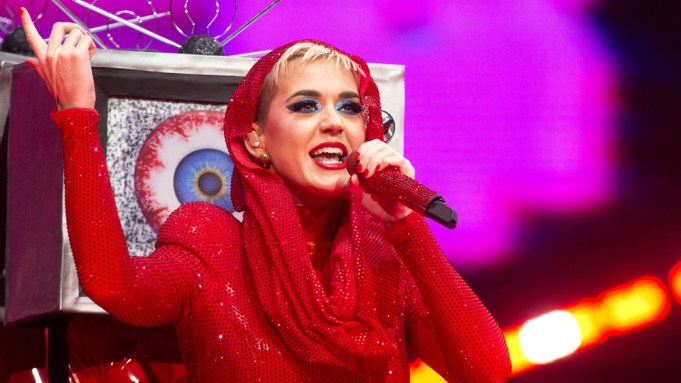 Katy Perry had a glitch in her performance on Wednesday night during the Nashville stop of her “Witness” tour.

Perry had just finished singing “Thinking of You” atop a suspended model of Saturn when she got stuck in the air on the giant prop planet.

“I’m really stuck,” she told the audience. “This is the first time that I’ve been stuck in space. I know I’m kind of a space cadet, but actually, this thing is being stuck right now.

Perry then complimented the audience and told them this was a “YouTube moment.”

“I guess I’m just going to have to get down and walk amongst my people,” she said while eventually being lowered to the stage. “This is what you get for trying to bring out all of space to Nashville.”

This isn’t the first time Perry has gotten stuck mid-air during a show. While performing “Swish Swish” at the 2017 MTV Video Music Awards, the singer was left perched at the end of the song on the prop basketball hoop.