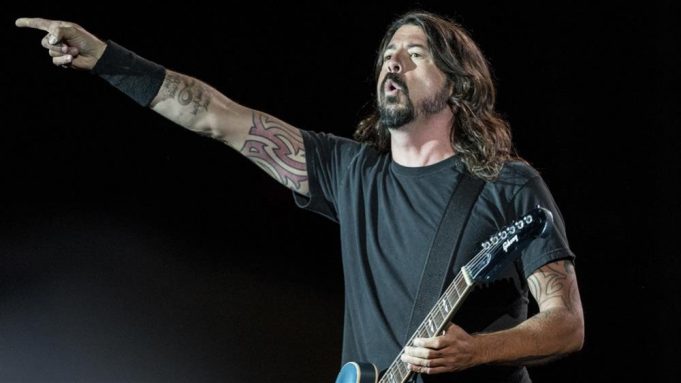 While headlining the Summer Sonic festival in Tokyo, the Foo Fighters refused to pass up a chance to bring an internet meme to life. After performing a number of their own hits on Sunday, Grohl and his bandmates invited none other than Rick Astley onstage to assist them with their next song.

“We just learned this today. Ladies and gentleman, would you please welcome our new best friend, Rick Astley,” Grohl asked of the audience. Astley just so happened to be in town as part of the festival lineup as well. “This is f—ing crazy,” he admitted, “I just met him two minutes ago.”

“C’mon, you motherf—ers!” Astley shouted at the crowd as the band began playing the instrumental for “Smells Like Teen Spirit.”

However, Astley decided to Rickroll the entire audience when he ditched the classic Nirvana track at the last second in favor of singing his own lyrics to “Never Gonna Give You Up” over the music instead — and it fit perfectly.

The mashup can be viewed above.