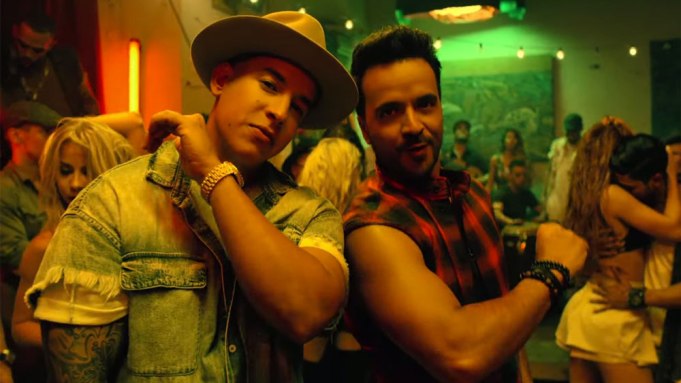 Luis Fonsi and Daddy Yankee’s music video for “Despacito” crossed two major milestones on Friday: becoming the most-watched video on YouTube and being the first to hit 3 billion views on the streaming service.

The video’s success is no fluke. After debuting back in January, the “Despacito” remix featuring Justin Bieber has been the No. 1 song in America for the past 12 weeks — a.k.a., the entire summer. However, the video in question actually accompanies the original track, meaning Bieber isn’t getting any credit for the YouTube clicks.

“Despacito” is also the most-liked YouTube video of all time, while simultaneously taking the title of tenth least-liked. The video was directed by Carlos Perez and shot in San Juan, Puerto Rico in December 2016.

The track was also the first Spanish-language-led song to reach No. 1 on the Billboard Hot 100 since Los Del Rio’s “Macarena” did so way back in 1996.

If this news sounds familiar, it’s because it is. Former titleholder “See You Again” from Wiz Khalifa and Charlie Puth dethroned previous most-watched video “Gangnam Style” by Psy just last month. Before the change in July, “Gangnam Style” held the title for nearly five years, as opposed to “See You Again’s” single month at the top.

The music video for “Despacito” can be viewed above.