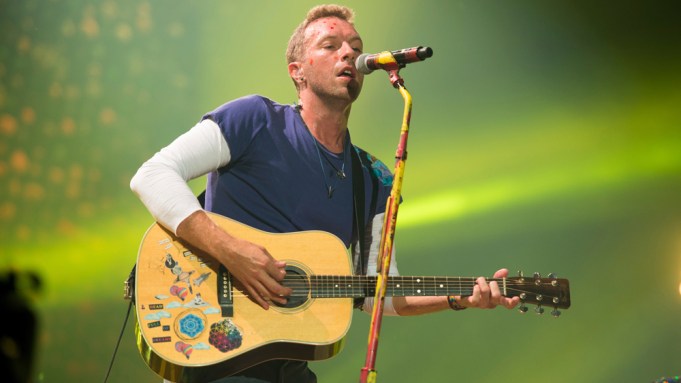 Chris Martin honored the late Chester Bennington at the first concert of Coldplay’s 2017 North American tour, in New Jersey, with a solo piano performance of Linkin Park’s “Crawling” — one of the band’s early hits.

Martin dedicated the song to “anyone who’s missing someone,” and restarted the song after bungling the opening, stating that he wanted to get it right since it would likely end up on YouTube.

Bennington died by suicide at the age of 41 in early July on what would have been his friend Chris Cornell’s 53rd birthday, whose death a month earlier was also ruled a suicide. Bennington was laid to rest on Saturday in a private ceremony in Palos Verdes, Calif., and Linkin Park fans organized more than 300 memorials across the globe last weekend, which were endorsed by the remaining band members.

Bennington’s wife, Talinda, released a statement following his death, acknowledging fans’ love and support and stating that she would put all her energy toward raising her and Bennington’s six children. “May God bless us  all and help us turn to one another when we are in pain,” she wrote. “Chester would’ve  wanted us to do so.”

Coldplay’s “A Head Full of Dreams” tour continues on Friday in Boston and through early fall before concluding on Oct. 8 in San Diego.

Watch a fan-made video of Martin’s tribute here or above.