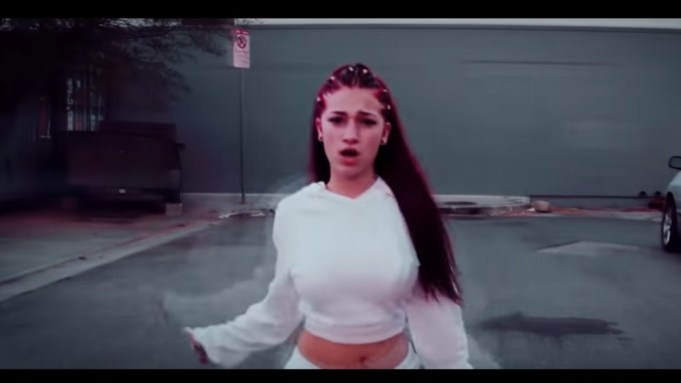 Danielle Bregoli, better known as the viral phenom the “Cash Me Outside” girl, has signed with Atlantic Records, joining a roster that includes Bruno Mars, Kelly Clarkson, and Coldplay.

The label deal comes on the heels of her first release as rapper Bhad Bhabie, a song called “These Heaux,” whose video has logged 20 million YouTube views in two weeks.

In announcing the signing, Aton Ben Horin, global vice president of A&R at Warner Music Group, said, “Without a doubt, this girl is a real star with undeniable talent,” noting that, at 14, Bregoli is the youngest female rapper to ever to appear on the Billboard Hot 100 chart.

Watch the video for “These Heaux” here or above.