Bruce Springsteen Invites Teenager on Stage Who Steals the Show 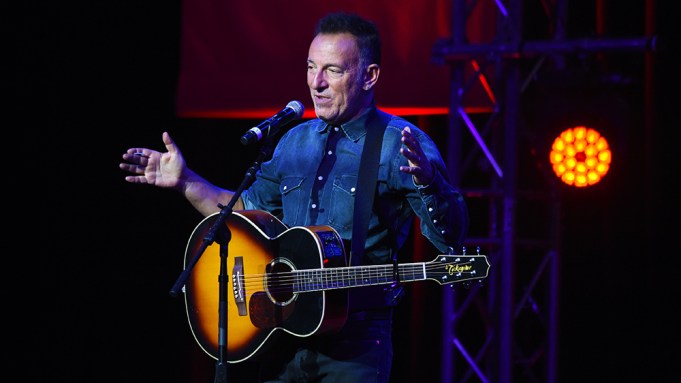 During a Thursday concert at Australia’s Brisbane Entertainment Center, teenager Nathan Testa caught the Boss’ attention with a cheeky sign that read, “Missed school, in the s—, now can I play ‘Growin’ Up’ with you?”

“You know it on guitar?,” Springsteen asked upon noticing the sign. After an enthusiastic “yes!,” Springsteen told him, “Come on up!”

Testa hopped up on stage where Springsteen’s guitar tech, Kevin Buell, handed him an acoustic guitar. To Testa’s credit, he did in fact know the song, strumming the tune from Springsteen’s 1973 debut album “Greetings From Asbury Park” and even sharing the mic with the musician at some points.

While the teenager was missing school, he still learned a lesson — in rock and roll, that is. Springsteen took the opportunity to educate him on the stage, saying, “Before we continue, a lesson.”

“When I was your age, I brought my first guitar, and I realized, it wasn’t how well you played it, but how good you looked doing it,” the 67-year-old musician said. “So I go in front of the mirror trying out different poses.”

For the full effect, he then struck several of his iconic rock and roll poses in front of the enthusiastic crowd.

With a story like that, one can’t imagine Testa’s teachers will be too mad at him for skipping out on school.