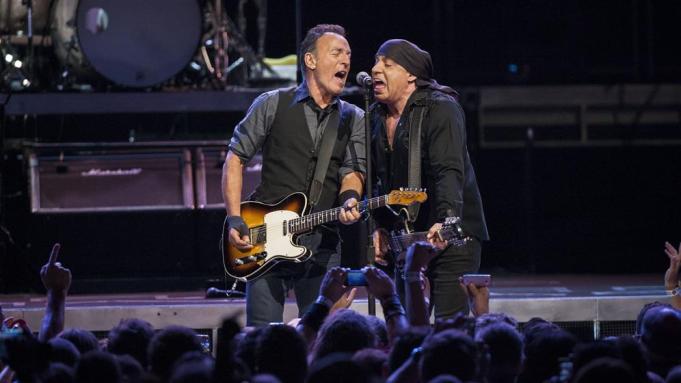 Bruce Springsteen kicked the Memorial Day weekend into high gear with a surprise appearance in New Jersey, joining Steven Van Zandt and the Disciples of Soul Saturday night (May 27) at the Count Basie Theatre in Red Bank.

Springsteen stood undetected watching the show in the aisle as Van Zandt performed selections from his just released album, “Soulfire.”

“Can I get my friend who’s out of work,” cracked Van Zandt. Just a few days earlier, Springsteen was snapped walking the Wildwood, New Jersey, boardwalk on his own.

Springsteen performed a duet of “Tenth Avenue Freeze-Out” with Van Zandt and joined the band for “It’s been a Long Time, “I don’t Want to Go Home” and closed with a cover of Marvin Gaye’s “Can I Get a Witness.”

Also in attendance was actor Vincent Pastore, aka Big Pussy from “The Sopranos,” and Eddie Brigati from The Rascals.

Watch some of the performance in the video above.

Springsteen rounded out the holiday weekend returning to his hometown of Freehold to take part in the township’s 143rd Annual Memorial Day Parade. There, Springsteen played spectator, snapping photos of the various floats — just one of the thousands to stand along the parade route.