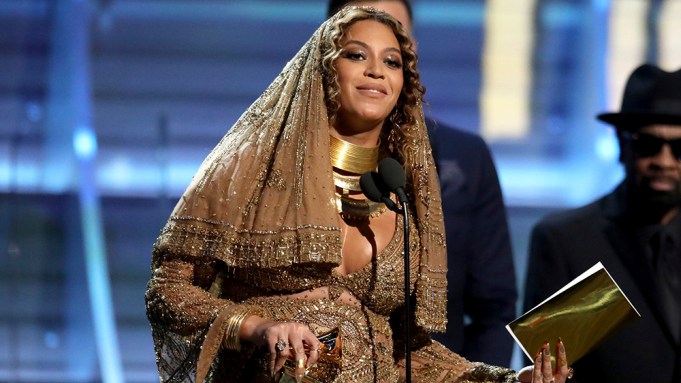 After her “Lemonade” won best urban contemporary album at Sunday night’s Grammys, Beyonce took the stage to give a powerful speech to empower “every child of every race.”

Along with her husband, Jay Z, and her daughter, Blue Ivy, Beyonce thanked “everyone who worked so hard to beautifully capture the profundity of deep southern culture.”

“We all experience pain and loss and often we become inaudible,” she said on stage. “My intention for the film and album was to create a body of work that will give a voice to our pain, our struggles, our darkness and our history, to confront issues that make us uncomfortable.”

“It’s important to me to show images to my children that reflect their beauty so they can grow up in a world where they look in the mirror, first through their own families, as well as the news, the Super Bowl, the Olympics, the White House, and the Grammys, and see themselves, and have no doubt that they’re beautiful, intelligent, and capable,” Beyonce, who recently announced that she’s pregnant with twins, went on. “This is something I want for every child of every race, and I feel it’s vital that we learn from the past and recognize our tendencies to repeat our mistakes.”

Her speech came after she put on a stunning performance of two “Lemonade” songs, “Sandcastles” and “Love Drought,” that saw holographic imagery projected on a giant screen, that eventually gave way to the star gracing the stage. From the audience, Jay Z and the young Blue Ivy cheered her on.

Ahead of the show, Beyonce won best music video for “Formation.” She’s up for such top categories as album of the year, record of the year, and song of the year.