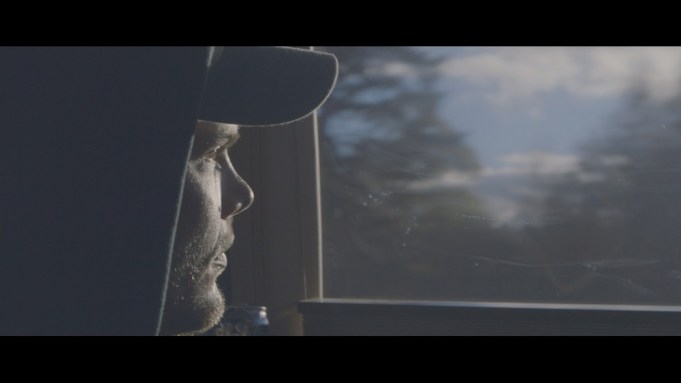 There’s a pivotal scene in “Avicii: True Stories,” a new documentary about the superstar Swedish DJ and producer arriving at select movie theaters on Oct. 26. It’s March 2016 and Tim Bergling, the real-life then-27-year-old behind the EDM moniker, is about to announce his retirement from touring after five straight years of astronomical success, but in order to make it official via a social media post, he has to inform his handlers, friends, and business associates that he’s about to pull the trigger — convincing them all the while that it’s just something he has to do. It’s nearly pitch black in the room, save for the glow of Bergling’s Apple laptop, and one can sense the darkness in the air, too — as if the world is crying out in unison, “Why?”

“Avicii: True Stories,” directed by longtime Bergling friend and visual collaborator Levan Tsikurishvili, delves deep into the decision-making that goes into making such a drastic call before the age of 30, and also the star-making process from a vantage point rarely seen. It’s a compelling and cautionary tale that touches on an industry’s greed to cash in on the dance music craze and the pressure an artist feels when his managers and agents all-too-willingly risk health and friendship in order to keep the train rolling at maximum speed.

At the heart of the film, which features interviews with Nile Rodgers, David Guetta, Tiesto, and and an appearance by Madonna, is “Tim,” battling issues with his gallbladder and appendix, likely amplified by stress, and dreading his next plane ride or headlining set, the crowds having grown to hundreds of thousands at festivals like Ultra and Electric Daisy Carnival. “Everyone knows Avicii, but no one really knows who Tim was,” Tsikurishvili tells Variety. It took the fellow Swede four years to collect 300 terabytes’ worth of footage, but says, in the end, he “found that there was a story to tell.”

Avicii’s “Wake Me Up” and “Levels” are two of the biggest songs of the last five years, the former logging more than 1.3 billion views on YouTube to date, and the creation of those massive hits, along with Coldplay’s “A Sky Full of Stars,” is chronicled through rarely seen studio footage. A highlight: Chris Martin’s vocal booth delivery, followed by a question from his producer, Bergling: “Think it’s too high?” Never.

“Young people can learn from this movie,” says Tsikurishvili. “That life can look exciting and glamorous on Instagram and social media, but you don’t really have any idea what’s going on behind that.”

In the film, Bergling’s manager Ash Pournouri also plays a major role, as the key driver behind the business of Avicii. But strains become apparent almost immediately, and the two would eventually split so that Bergling could have more control over his career, and feel less pressured.

All of this begs the question: Did Bergling want success? “Definitely,” says Tsikurishvili. “He’s the hardest working guy I’ve ever seen in my life. In the film, you see him working from literally his hospital bed. … But I think he didn’t really know from the beginning [at 19 years-old] what it means to be that successful. No one knew that he could be that successful. It has been a weight for him. He’s had to find himself, and I tried to explain how he felt.”

One piece of Avicii history you won’t see, however, is a meeting with Mike Posner where the American artist explains the lyric to his future No. 1 “I Took a Pill in Ibiza” … “to show Avicii I was cool.” “It was a lovely scene but I had to cut it out,” says the director. “It disturbed the storytelling and the through-line for me. But it was very funny. Mike tells him the story of how he wrote the song. Tim really took that as a compliment.”

Fans will be able to see the movie theatrically for one night only (in 40 countries and 600 theaters, though dates vary), and, in the U.S. it is being released through new “fan on demand” service TUGG. “Avicii True Stories” was produced by Piece of Magic Entertainment, whose CEO Caspar Nadaud announced a bonus concert film of Avicii’s very last performance in Ibiza in Aug. 2016 which will be shown in theaters. “This cinema event is a must see for all electronic music fans across the world,” he said. For ticket information, head to the film’s official site.

Watch a trailer for “Avicii: True Stories” here or above.