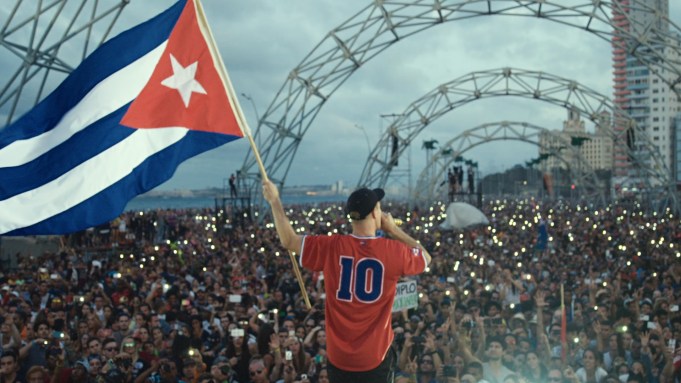 Major Lazer’s new documentary “Give Me Future,” which offers a behind-the-scenes look at how their historic concert in Havana, Cuba, came together, will premiere Nov. 17 on Apple Music. The group’s March 2016 concert, which drew a reported 400,000 fans, marked the first major performance by an American artist in Cuba after diplomatic ties with the U.S. were restored (and which have since been tightened by the Trump administration).

“Give Me Future” premiered at the Sundance Film Festival and follows the trio composed of Diplo, Jillionaire, and Walshy Fire as they venture into Havana and meet with young artists in the community.

The documentary premiere will be accompanied by “Major Lazer Presents: Give Me Future — Music From and Inspired by the Film,” an album companion featuring unreleased tracks from Major Lazer and Diplo, and music from Cuban artists featured in the film.

“It was our goal, from the onset, to present this film to the largest and most diverse audience worldwide,” director Austin Peters said. “As a filmmaker, I am thrilled to be working with Apple Music to structure a worldwide release for a documentary that is as much about the music as it is the Cuban youth culture.”

In his review for Variety, Nick Schager said “Major Lazer’s bring-people-together ethos, and island roots, make Cuba a natural fit for a show, set to take place in the same square where, for decades, Castro’s government held anti-American rallies.”