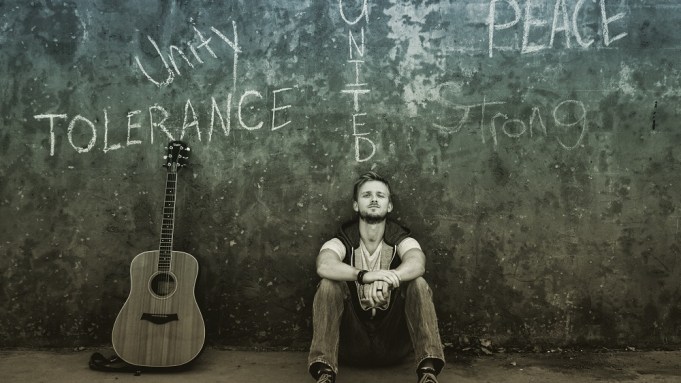 Three “American Idol” alums have recorded a new version of the National Anthem, but not with the familiar lyrics written by Francis Scott Key in 1814. Anthony Fedorov, who competed in the fourth season of the long-running talent show, tells Variety that he was inspired to come up with new verses for “The Star-Spangled Banner” after football quarterback Colin Kaepernick made headlines for kneeling as the anthem was sung pre-kick-off. The former San Francisco 49er used the gesture to protest racial injustice.

“I started reflecting on this song and did some research and discovered some of the uncomfortable truths about its origins,” says Fedorov. “Because of that, I wanted to imagine an anthem that really does reflect the face of America right now. Diversity is the bedrock of our country. Why not open the conversation and ask if we can revisit the lyrics?”

Fedorov reached out to some of his recording artist friends. “I was ready to do this on my own, but I’m grateful to Tamyra Gray and David Hernandez for doing this with me.” Gray (from season one) and Hernandez (season seven) went into the studio with Fedorov to record the revised version of the anthem, now titled “Bless Our Home.”

“I was immediately on board the moment Anthony explained the concept,” says Hernandez. “As times evolve we need to rethink our verbiage and delivery. I hope it is well-received and that people embrace the lyrics because they are more inclusive than the original. It doesn’t mean you can’t like both versions but we are living in different times now. How we approach things has to change. This country was built on diversity and breaking free from the chains of oppression.”

Fedorov says he would like to encourage people to educate themselves on the origins of the National Anthem. “I recently saw ‘Hamilton’ at the Pantages here in Los Angeles after listening to the music since the cast album was released. To actually experience this in the theater and see these historic figures be portrayed by people of color was incredible to me. In much the same way, I’m hoping to encourage people to really hear these words and ask themselves the hard question — is this an anthem for all of us? Or just some of us? I’m hoping to shift the conversation. At the end of the day, we all have the right to pursue our happiness and leave a legacy for our children. We are a country built by immigrants.”