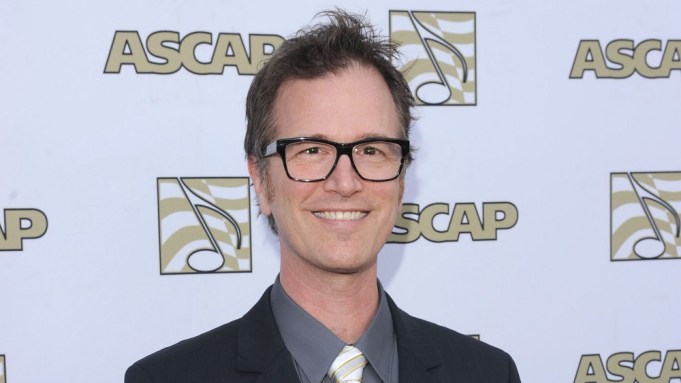 Singer-songwriter Dan Wilson is best known as the voice of Semisonic’s 1998 hit “Closing Time.” That’s one of 13 tracks the Minneapolis native revisits on “Re-Covered,” his third solo studio effort, out today (Aug. 4) on the indie Ballroom Music.

Yet the album seeks to do more than revive that past glory. Between his fame in the 90s and now, Wilson has been co-writing songs with a diverse group of artists, including Adele, Taylor Swift, the Dixie Chicks, John Legend, Josh Groban, and Chris Stapleton.

Covering hits with which he has a publishing interest might lead some to wonder if Wilson is merely trying to cash in on performance and songwriting royalties, a notion he initially laughs at, before defending his track record. “There’s a lot of people out there who have written a lot of songs and they can go ahead and choose their best stuff and make a record, too,” Wilson tells Variety. “We’ll see how many hits they have on their record.”

Indeed, Wilson has quite a few. The album includes his stripped down take of Adele’s international chart-topper “Someone Like You,” featuring the Kronos Quartet, as well as his reading of the Dixie Chicks’ three-time Grammy winner “Not Ready to Make Nice.”

And yet Wilson says “Re-Covered” isn’t necessarily all about the hits. “I took some enjoyment in picking some things are maybe less well-known, but I actually think they are as good as the best of the other songs.” He points to “Never Meant to Love You,” originally recorded by folk-rock singer Cory Chisel, and “Landing,” by Matt Wilson, his younger brother and former band mate in his pre-Semisonic combo Trip Shakespeare, as underrated gems that fit that bill.

It was actually a friend of Wilson’s who suggested seven years ago that he do an album of reinterpretations of songs he’d co-written with other artists. “At that time, I thought it was a great idea, but I thought about what I had to offer and I didn’t think it was awesome enough,” Wilson recalls. “I needed a couple of other better songs.”

Five years later, Wilson thought he had enough material to fit the bill with a mix of hits and “songs I wanted people to hear,” but the project didn’t begin to become a reality until a lunch meeting with his friend, producer, guitarist and fellow songwriter Mike Viola (now an A&R executive at Verve Records). “He said, ‘I’ll only do it with you if we go [analog] — live to two-inch tape at one of the great old studios in L.A. And we do it with a live band, you sing live and we all get it all happening in about a week. We could mix it on Saturday and be done,'” Wilson recalls.

Viola felt that way the songs written with various artists would have a cohesive feel. The sessions, featuring a band that included Elvis Costello drummer Pete Thomas, ended up lasting about three weeks, but Wilson says they were successful in capturing the vibe they were seeking. (A deluxe version of the album, packaged with a hard-cover book containing 56 pages of drawings, essays and lyrics, is due on Aug. 25).

For Wilson, it’s essential that his creative DNA is as a songwriter and a performer. “I know a lot of songwriters who’ve never been performers and I just can’t understand that,” he says. “How could a songwriter write songs for people to enjoy without ever having the experience of the feedback and the kind of connection you have from an audience? It’s so instructive. When you play a song live in front of a crowd, you know if it’s right or not.”

Today, however, he’s comfortable in the role as a man of words and melodies who’s mostly behind the scenes.

As for his process, Wilson says it varies depending on the artist he’s collaborating with. With Adele, the experience was not unlike her segment on James Corden’s “Carpool Karaoke.” “It’s like laughing, and yelling, and having a great time, and then being held to the highest f—ing artistic standard of anyone you’ve ever met,” he says.

Two other Wilson co-writes were featured on Adele’s 14-times platinum 2011 album “21,” but Wilson’s contributions didn’t make the final cut of her follow-up, 2015’s “25.” Wilson explains their initial writing sessions were canceled due to an illness in his family, but the two did get back together. “The period that Adele and I wrote a few songs for ’25’ was sort of during her well-documented phase of writer’s block/perfectionism,” he says. “Everything has to be exactly right or she won’t put it out.”

Wilson attributes his ability to work in multiple genres to his early listening habits that included everything from Jaco Pastorius and Weather Report to Boston, Joni Mitchell and the Clash. “It gave me this idea somehow that you are allowed to write music in every style,” he says. And Wilson is living out that vision, writing with Spoon, rapper Nas, the Preservation Hall Jazz Band, rising female star Halsey, and producing Ethiopian jazz artist Meklit, as well as playing the occasional show with his old mates in Semisonic. “These are artists I admire,” Wilson explains. “It’s more driven by me thinking they’re awesome and less by which niche I’m supposed to be occupying.”