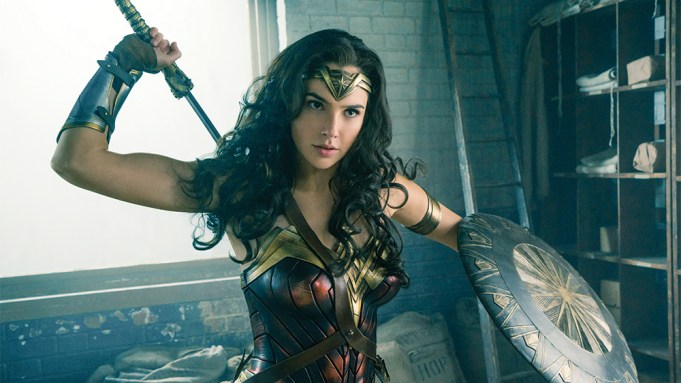 An Amazonian super-warrior isn’t just born — she needs to be trained.

That’s one of the biggest takeaways from the latest trailer for “Wonder Woman,” which star Gal Gadot debuted Saturday night at the Kids’ Choice Awards. While past trailers showed much of what we’ve come to expect — Diana fighting heroically during the World War I era — this new look, fittingly titled “Origin,” shows us more of how Wonder Woman became Wonder Woman.

The new footage of the latest entry in Warner Bros.’ DC Extended Universe takes viewers to the paradise of Themyscira, where Diana was trained 10 times harder than her peers before Steve Trevor (Chris Pine) takes her to the streets of London.

“Never let your guard down,” yells Robin Wright’s General Antiope as she spars with Diana. “You expect the battle to be fair!”

The trailer also gives us a new look at the villainous Ares, and of course features intense battle scenes where Wonder Woman puts her sword, shield, and Lasso of Truth to good use. More challenging than the countless uniformed enemies, however, may be revolving doors. Who knew they didn’t accommodate sword and shield-carrying warriors well?

Believe in Wonder ✨ Here it is, the new poster for #WonderWoman! pic.twitter.com/0dmWd5dsC8