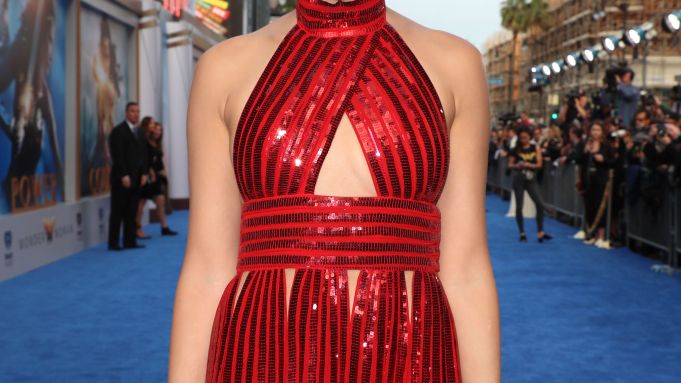 On Thursday, Wonder Woman — the final of DC Comics trinity (the others being Superman and Batman) — finally held the world premiere of her first movie at the Pantages theater.

Gal Gadot revealed at the premiere that one of the things she’s most looking forward to about the films release is a new kind of role model.

“Growing up I had Superman and Batman to look up to. All the girls and all the boys, that’s what we had,” she said. “I think that it’s so important that we also have strong female figures to look up to, and Wonder Woman is an amazing one. It’s great that after 75 or 6 years she finally gets her own movie.”

#WonderWoman star @GalGadot: "Growing, I had Superman and Batman to look up to." pic.twitter.com/TAWZybsidb

Although Gadot has already been seen as Wonder Woman, in last year’s “Batman v Superman: Dawn of Justice,” her solo film tells her origin story — and journey from Themyscira to the world of men — which happened to take place way back during World War I.

Variety also spoke to Patty Jenkins on the carpet about her goals for the character and film. She had a pretty simple idea.

#WonderWoman director @PattyJenks on what Hollywood can do to fix the lack of female directors. pic.twitter.com/dttBFFMdDm

“I’ve known bada– women in my life, and I was just trying to make a bada–,” the director told Variety.

The director also spoke to the necessity of a woman directing the first “Wonder Woman” film.

The premiere was followed by an after-party down the street outside the Avalon. Guests were served beef brisket, chicken and more on tables that housed Amazonian weaponry and armor.

.@GalGadot has a very simple reason for wearing flats instead of heels to the #WonderWoman premiere. pic.twitter.com/P6ytSnjOIu

Elena Anaya, who plays a villain in #WonderWoman: "@GalGadot is a heroine in real life." pic.twitter.com/ulIv07j8sF