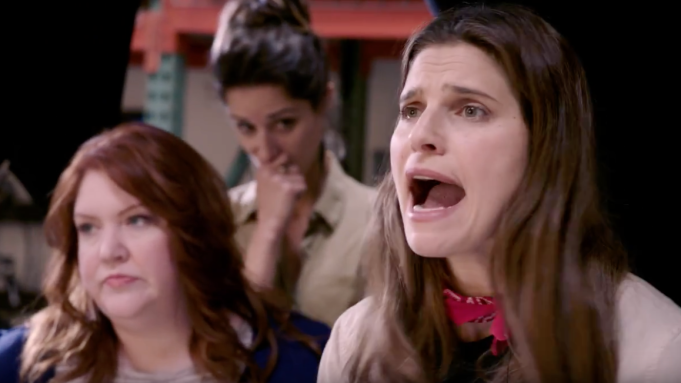 Women in Film is launching a new digital series and social media campaign aiming to open fresh dialogue about gender parity in Hollywood.

Jeff Garlin, Lake Bell, Amy Landecker, Ian Harding, and Jerrika Hinton are among the actors who contributed to the series, two of which were directed by Deena Adar and Kai Collins, and two directed by Joey Ally. Director Jamie Babbit (“Girls”) and producer and director Beth McCarthy-Miller (“Modern Family”) were directing mentors.

The satiric series was written and created by Ally Iseman (“American Housewife”), produced by Meredith Riley Stewart (“Scandal”) and executive produced by Tessa Bell (“Life Inside Out”).

“Our aim is to empower and educate, not point a finger. Many people do not even realize they are a part of the issue. We want to encourage them to emulate and celebrate advocates who are taking public action towards change. The goal of this series is to make itself irrelevant. Progress only occurs when the needle is pushed from sympathy to empathy and humor is a powerful tool to create that shift in perspective,” Iseman said in a statement.

Take a look at the first installment here or above.