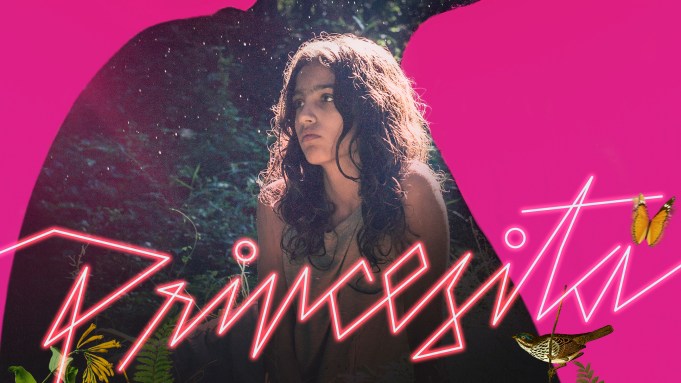 Participant Media’s most frequent production partners in Latin America, Fabula also produced Rivas’ first feature, “Young & Wild,” which won Sundance’s World Cinema – Dramatic screenplay award in 2012.An unsettling and dark coming-of-age fairy tale, almost from the get-go, “Princesita” will be brought onto the market by Mundial at this week’s Toronto Festival where it world premieres in its Discovery showcase.

“Princesita” marks Rivas follow-up to “Young & Wild” and is again co-written with Camila Gutierrez, whose blog diary inspired her debut.

“Princesses are always trapped in faraway forests,” said Rivas. So the surroundings of “Princesita” are made up from locations around the south of Chile – one caught by the excerpt – “the most breathtaking ones we could find,” she added.

There, Tamara, a 12-year-old girl, is raised in what seems a natural paradise by New Age cult leader Miguel. But his first, absolutist, strictures to her, are disturbing enough as he lectures Tamara that “our body and everyone are part of the family, anything you do affects all of us.” As Tamara becomes a woman, Miguel tells her she will carry a holy child. fathered by him.  Attending the local school, she instinctively begins to rebel  – until her final act of disobedience has dramatic consequences.

“‘Tamara’ is forced to transition into womanhood under a mentality shaped by a domineering masculinity and her journey is one which represents somehow the experience of all  women,” Rivas said, asking “if feminine identity is constructed under social patterns of abuse and misogyny,” “how do we manage to break away and find ourselves?”For Juan de Dios Larrain, “‘Princesita’ is a fresh portrait of what is going currently with religion and fundamentalism in a film full of pop elements set in the beautiful south of Chile.”“The authenticity with which Marialy explores characters on the fringes and taboo practices is incredibly unique, and it’s captivating to see her characters negotiate their female desires, responsibilities and expectations,” said Cristina Garza, general manager, Mundial.She added that it is “always special for us to work with our good friends at Fabula because the risks they take in cinema are admirable and above all, we love their taste.”

Shot with a floating steady cam “as if the camera were stalking and caressing Tamara at the same time,” Rivas said, “Princesita” used late ‘70s Lomo Round Front Anamorphic Lenses “whose shallow depth of field makes the forrest looks like it’s closing in on itself. Generating aberrations like constant flairs, the lenses that ended up giving the movie “a paradise claustrophobic look,” Rivas added.

Rivas commented: “I also worked the color palette in a very vibrant and saturated way, with a golden patina all over the image, like 11th century religious art, balanced with deeps cyan in the shadows and dark lights.”