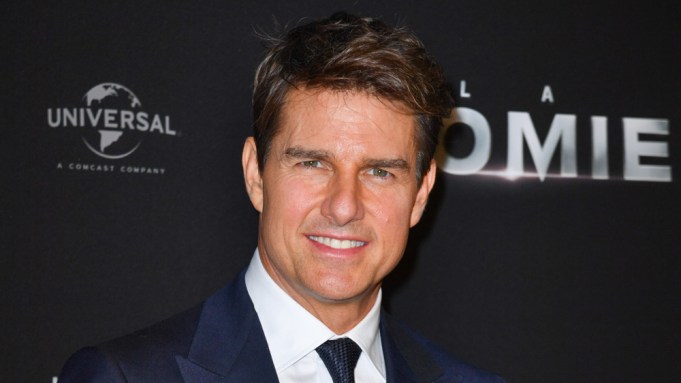 The actor made the announcement during an interview with Access Hollywood, saying “you don’t need a number” in all sequel titles. “Maverick” was Cruise’s character’s nickname in the film in which he played Naval aviator Lt. Pete Mitchell.

“Aviators are back, the need for speed. We’re going to have big, fast machines. It’s going to be a competition film, like the first one … but a progression for Maverick,” Cruise teased.

He also said that Harold Faltermeyer will return to score the movie, which will be “stylistically” similar to the original.

Variety first reported that Cruise’s “Oblivion” director Joseph Kosinski is the top choice to direct the second installment. Cruise also recently confirmed to a British talk show that the sequel will likely begin shooting at the beginning of next year.

Cruise has wanted to make a follow-up to the 1986 classic, which made him a bonafide star, for quite some time. The project has gained momentum in recent years, especially after “Jungle Book” scribe Justin Marks was tapped to pen the latest draft.

This new film will be set in the world of drone technology and fifth generation fighters, and explore the end of an era of dogfighting. Other plot details are vague, but Val Kilmer has said that he was asked to come back to reprise the role of Iceman opposite Cruise’s Maverick.

Skydance CEO David Ellison and Jerry Bruckheimer, who produced the original, will produce with Cruise.

Cruise is currently on a press tour for his upcoming movie “The Mummy.”