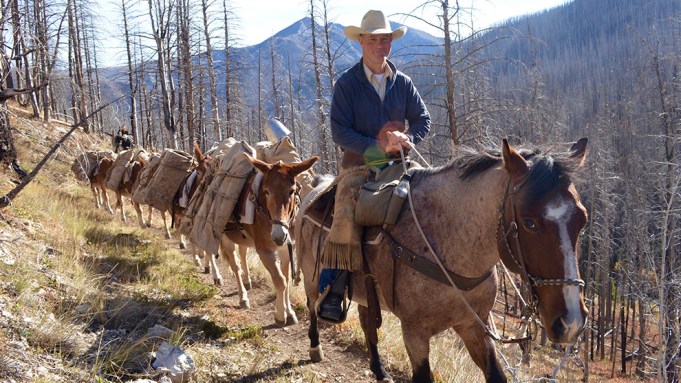 Tom Brokaw will lend his distinctive baritone to Discovery Channel’s “Rancher, Farmer, Fisherman,” Variety has learned. The Emmy and Peabody Award-winning newsman was the face of NBC News for decades. He will be on hand at this year’s Sundance Film Festival when the film debuts. Discovery will air “Rancher, Farmer, Fisherman” on the network in the third quarter of 2017.

The film unfolds in America’s heartland, as working families bridge the political gap to come up with conservation solutions to preserve the land around them. Many of the protagonists in this movie would not brand themselves environmentalists, but they recognize the importance of safeguarding everything from the Montana Rockies to the Gulf of Mexico. Oscar-nominated and Emmy-winning filmmaker Susan Froemke and Emmy winner John Hoffman direct the pic, which is adapted from Miriam Horn’s recently released book “Rancher, Farmer, Fisherman: Conservation Heroes of the American Heartland.”

It’s a topic with personal resonance for Brokaw, an outdoorsman with a ranch in Montana. Brokaw will arrive in Park City, Utah after covering the presidential inauguration.

“‘Rancher, Farmer, Fisherman’ captures the spirit of what Discovery stands for. It highlights the journey of these unheralded heroes who feed America and the world and whom we literally can’t live without,” said Rich Ross, group president of Discovery Channel, Animal Planet, and Science Channel, in a statement. “When John Hoffman came to Discovery to head up Docs and Specials for us, we talked about all he had been working on, and I knew Discovery was the perfect home for this film.”